Three times the mint candies and cookies and marshmallows make these Mint S'mores Brownies a dream come true for chocolate and mint lovers. 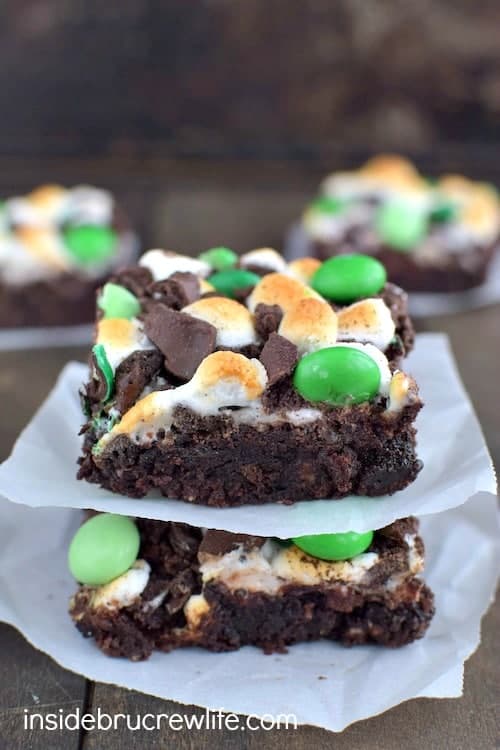 Our poor puppy dog is getting old.  Lately she has been having trouble getting up when she is lying down, and she gets tired out very fast when playing ball. 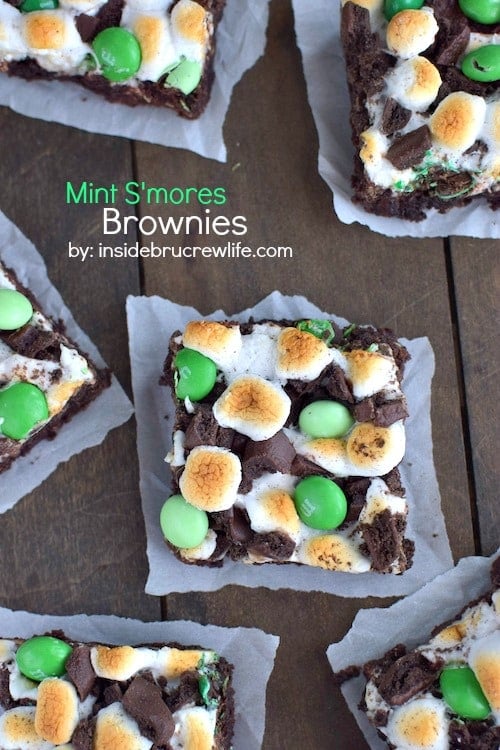 Then my husband started laughing again.  He said, "Let's put brownies in front of you and see what happen." He's right...I would probably move a little faster to get up too.

The funnier thing was that our daughter was in the living room and only heard brownies. She yelled out, "I want brownies too."

So what was I to do...make brownies of course. Duh!

Feel free to make homemade brownies if you like, but this time I used a box mix because we had one in the cupboard. And because I have a thing for crazy jazzed up treats, I baked Andes mint chips in the brownies, and then toasted mint cookies and marshmallows on top. Then some mint M&M's added some fun green color after they came out of the oven.

These Mint S'mores Brownies were so ooey, gooey and so delicious!!!  Let's just say I had no problem getting up and digging into a few of these brownies. You know you would too!!! 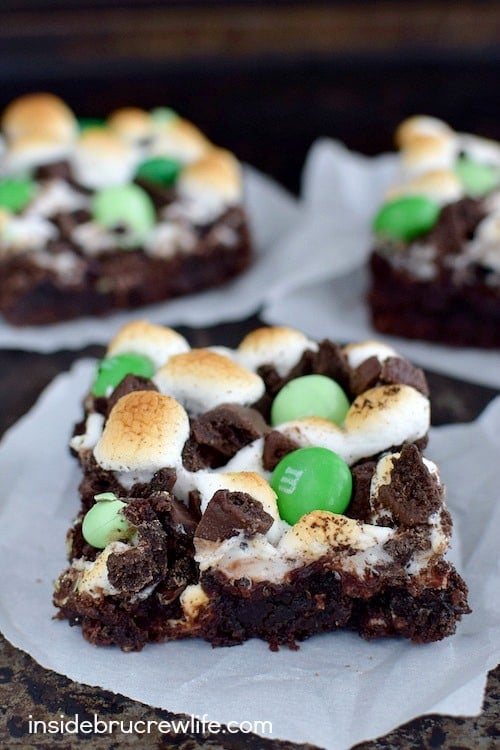 *You can also use Keebler Grasshopper cookies in this recipe if Thin Mints are not in season. 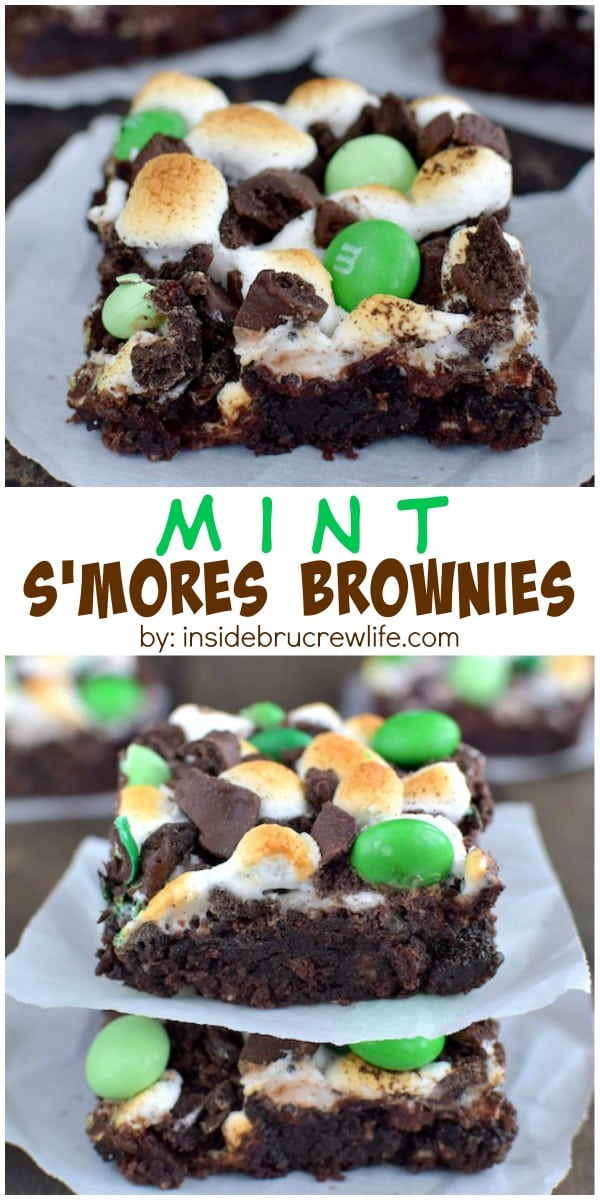 More chocolate and mint treats that we enjoy: 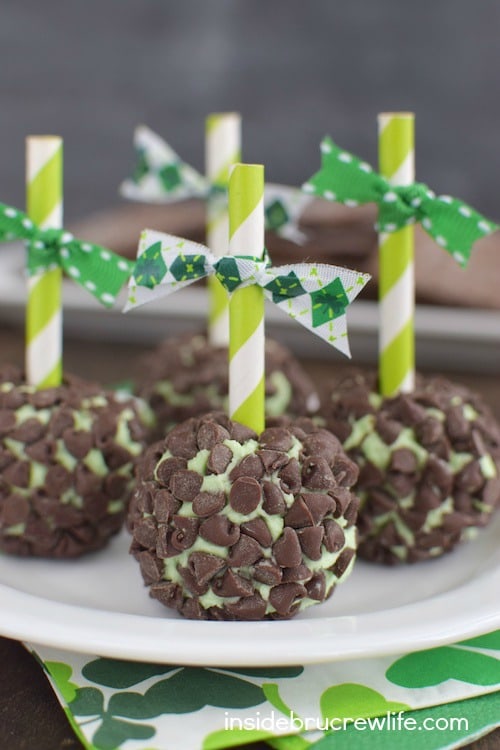 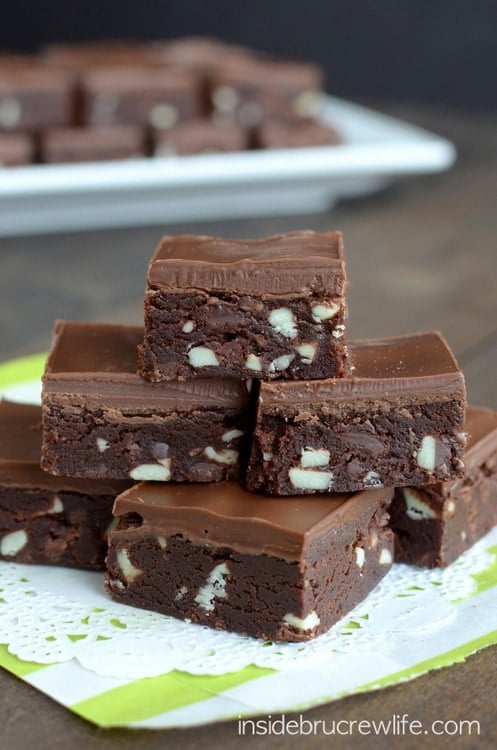 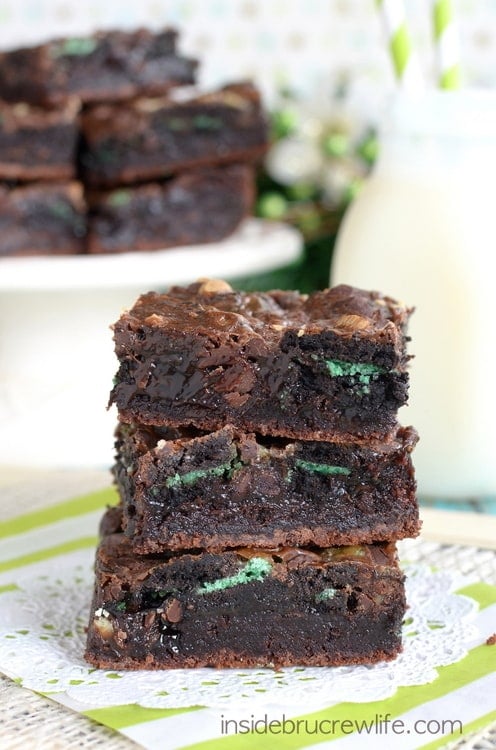