Yeah, you read that right.  Another...as in second one!  Honestly, they are really more fun than you would really think.  Just make sure you do some running or working out for a few months before.  These events are tough.  And when you are trying to walk through mud, they are even harder! But it's doable.  If I (who could be classified as a princess) can do two of these runs and a Warrior Dash, you can too. Promise 🙂 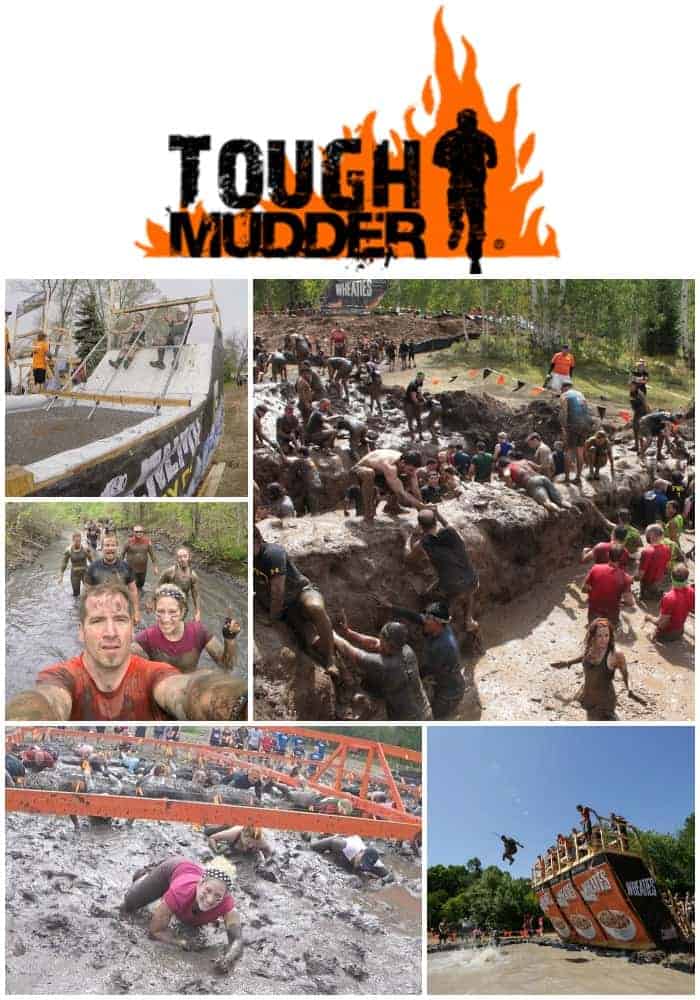 He said:  I'm going to sign up to run another Tough Mudder with my brother and anyone else who wants to do it.  Are you in?
She said:  Are you kidding me?  I've already done that once.  I'm good.  You have fun with that craziness!

He said: So, a few people at church are going to run the race with me.  I told one of the girls that you were running, so she is going to do it too.
She said:  You did WHAT???  Why would you do that?  Now I have to really work out and eat right.

He said:  Well, my brother is out for the Mudder.  Apparently doing a mud run three weeks after surgery isn't the best thing to do for recovery.
She said:  Can I schedule a surgery?  Any surgery?  I'm not picky about what they operate on.

He said:  Someone has an extra bib for the mini...I think I'm going to run it.
She said:  That's the week before the Mudder...I don't think that's a good idea.
He said:  Whatever.  I'll be fine. 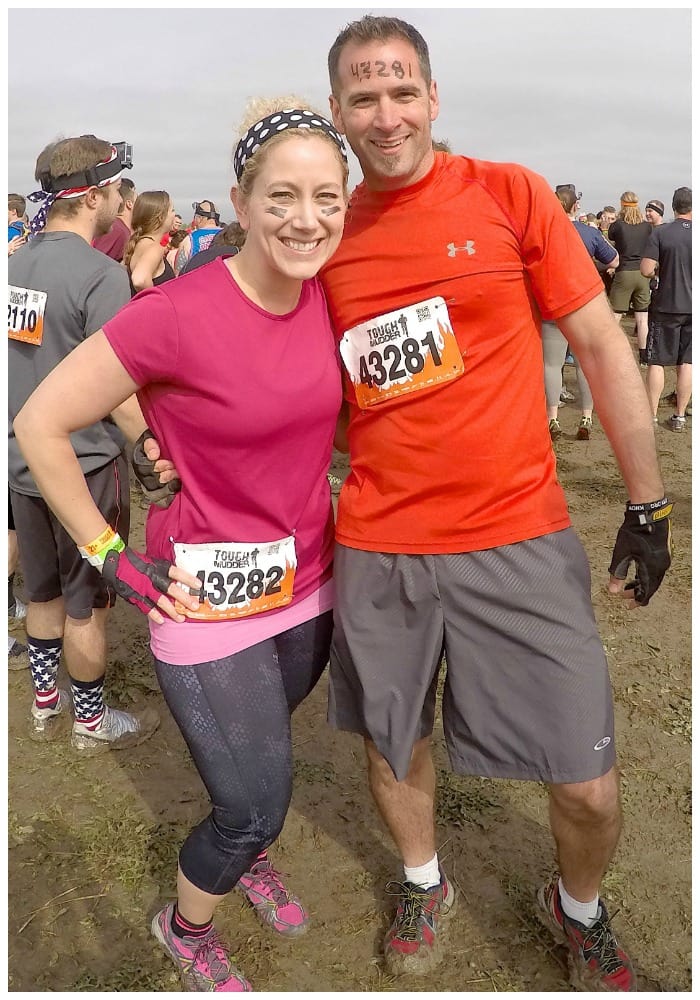 He said:  The race has been moved...farther away.  You need to get up and be ready to leave by 5:30 AM.
She said:  This is just getting better and better! You know how much I love getting up early. (very sarcastic)

She said:  Oh, my word!  It's freezing outside.  Why is it 50* and cloudy in May?
He said:  Take your jacket off and quit your whining!  Don't you know that's one of the mudder rules.  Thou shalt not whine! 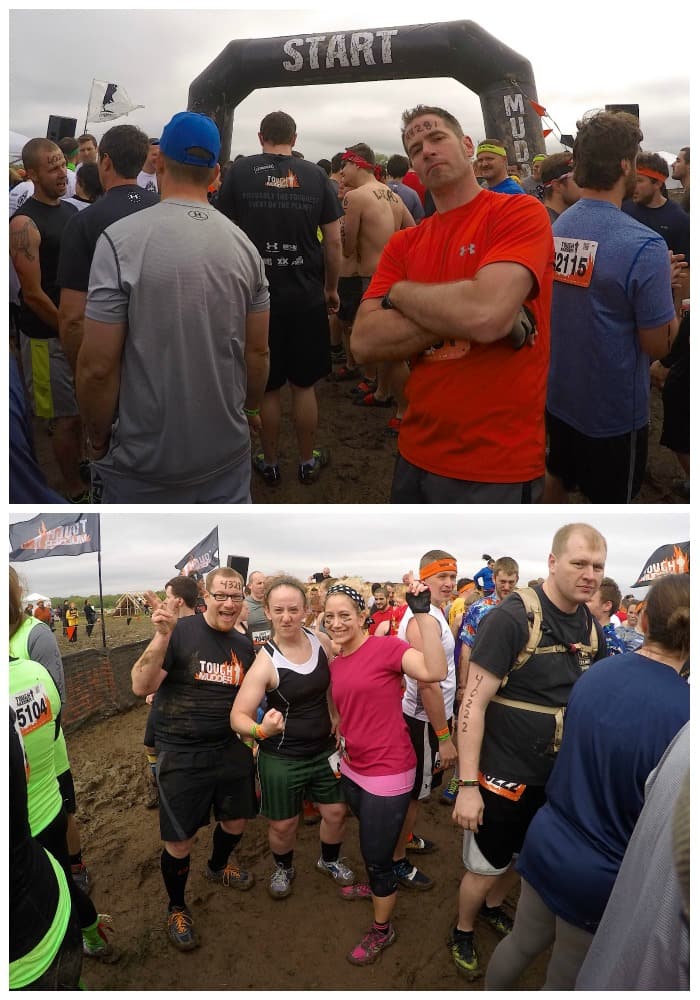 He said:  Are you ready for all the mud?
She said:  You know it!  I totally got this. Cute bandana and all! 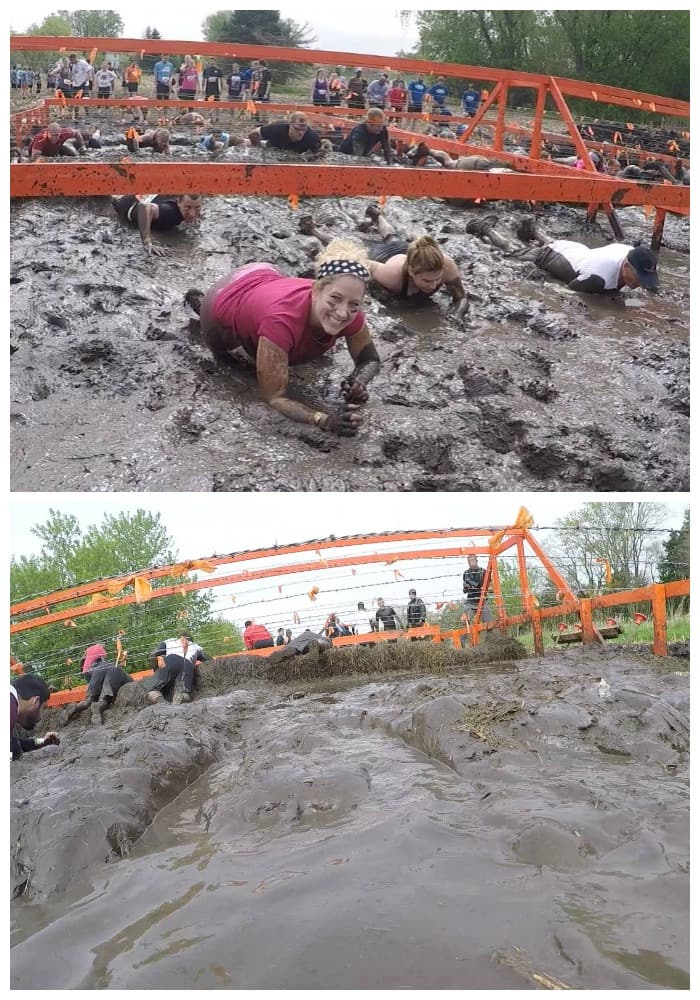 He said:  Oh, my legs!  This mud mile is really making my calf muscles ache.
She said:  What's that?  Was I right about not doing two big runs back to back?
He said:  I won't admit that! 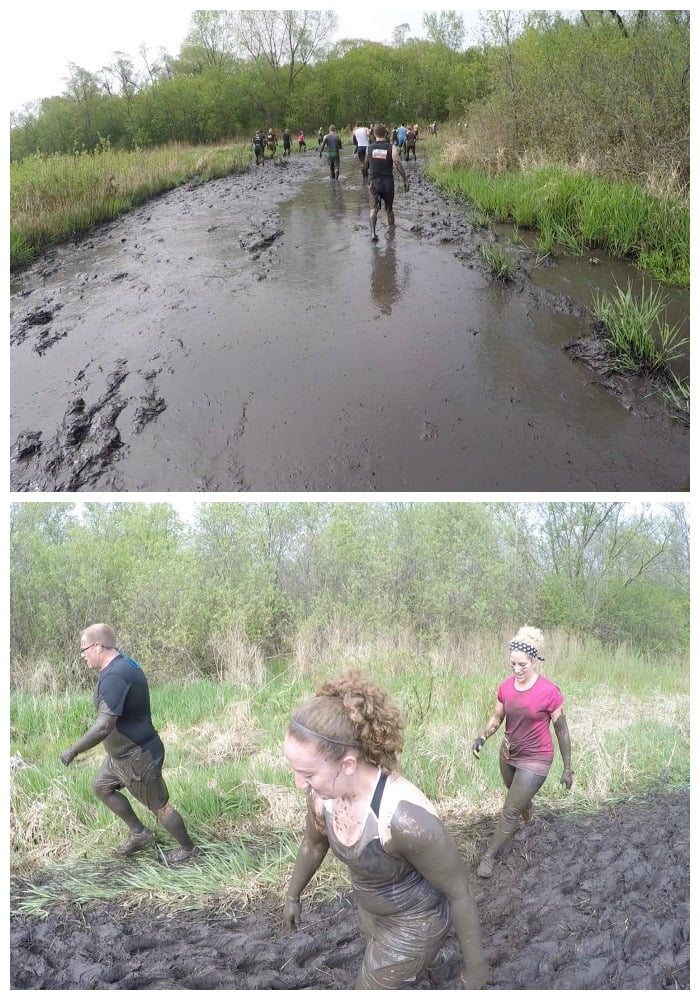 He said:  It's not right that your hair still isn't dirty or wet.
She said:  I'm planning on keeping it that way for as long as I can! 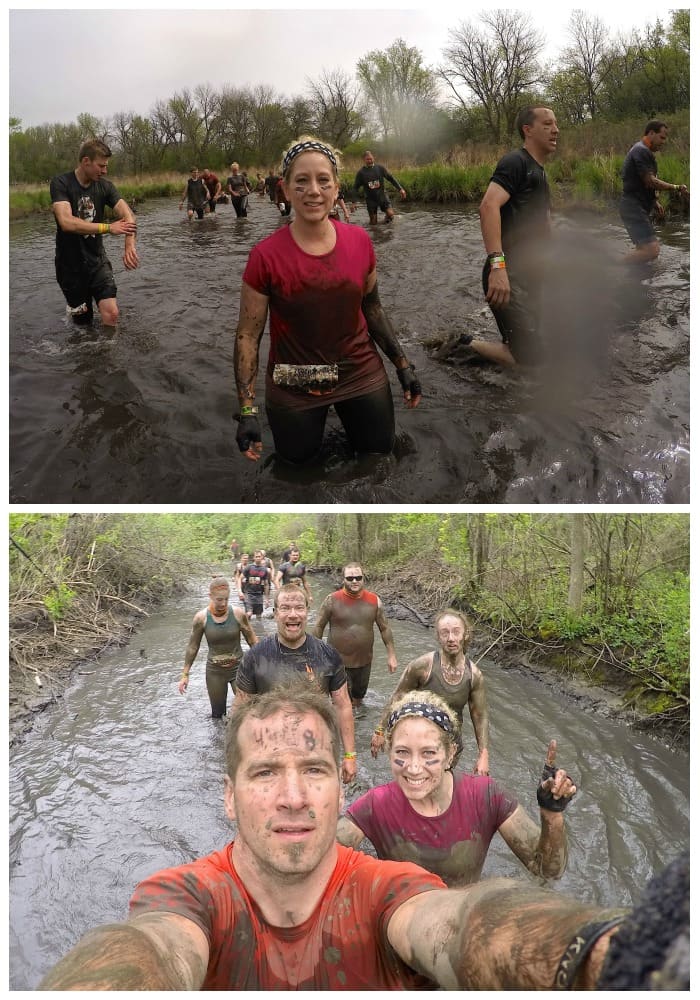 He said:  I'm going to try to find that missing Go Pro camera in the Arctic Enema for that random guy.
He said:  Nope, it's too cold in this ice bath, I'm getting out as fast as possible! 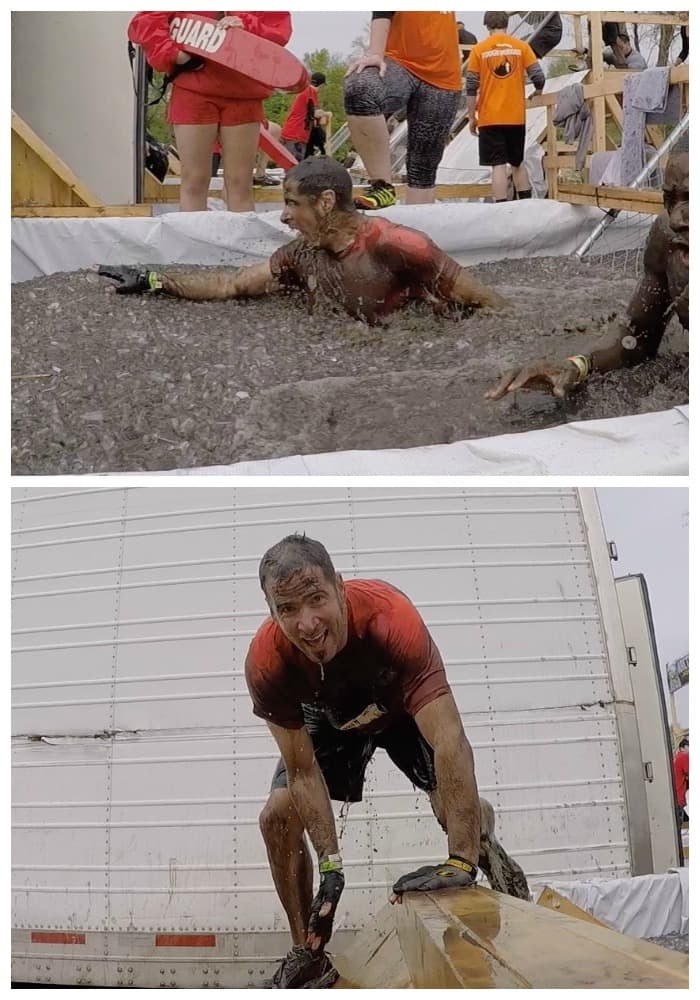 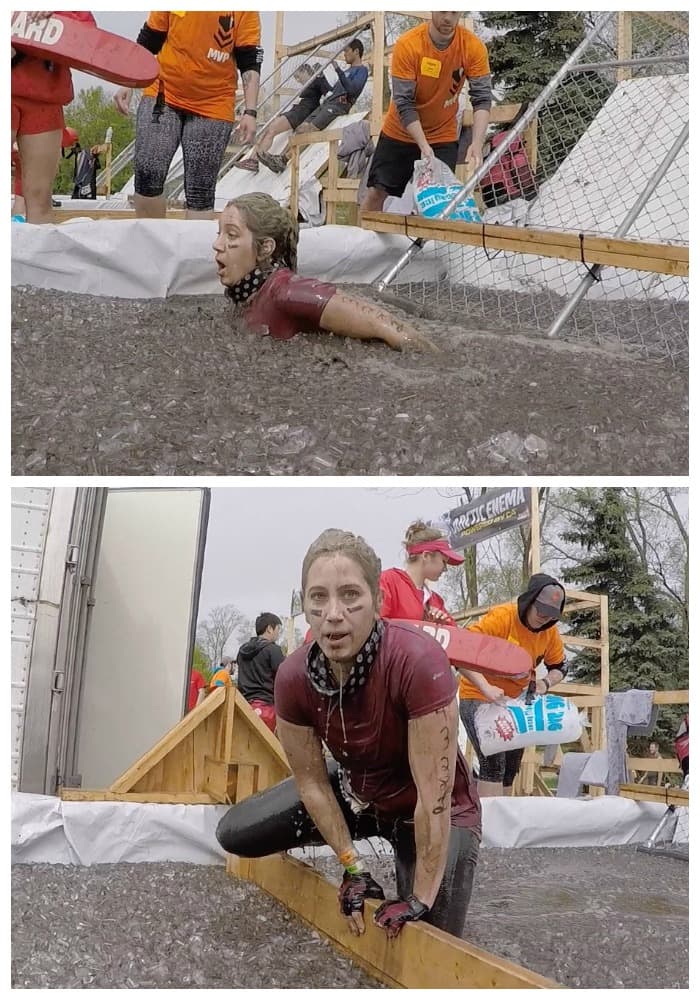 He said:  Time to face your fears of jumping off high places into dirty water.
She said:  Do I have too?  Do I really have to let go of the railing?  Don't make me!!!

She said:  You know what?  I think I got this.  I'm hitting my mud groove!  Up the hills and slide down!
He said:  I'm starting to slow down.  Is this over yet? 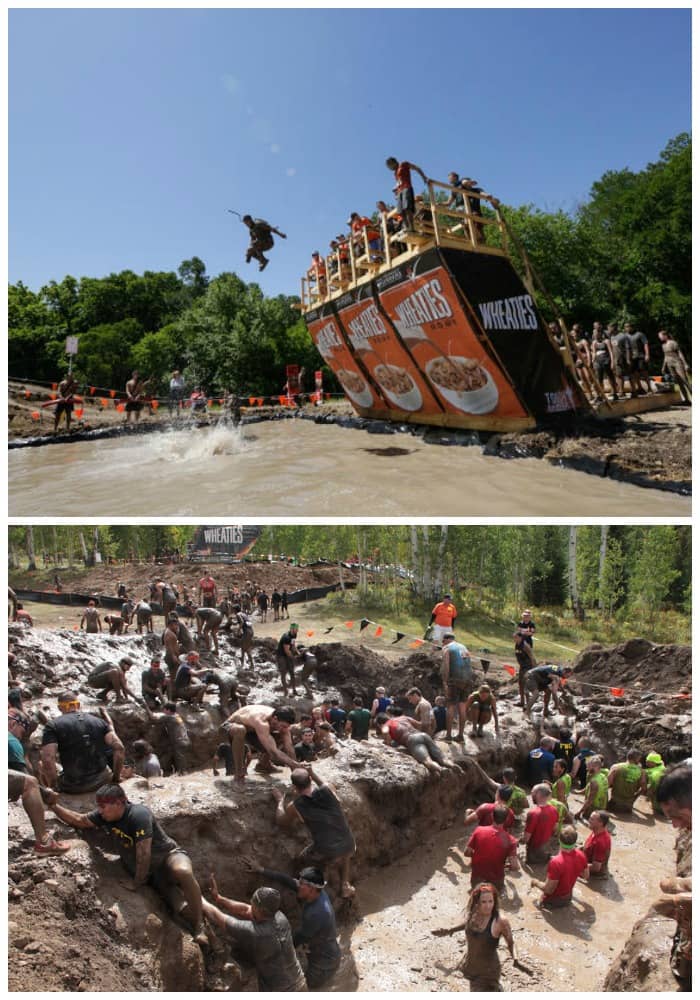 He said:  I don't think I can run anymore!
She said: Now who's whining!  Suck it up, buttercup!!! We have to get over these slippery blobs in our way! 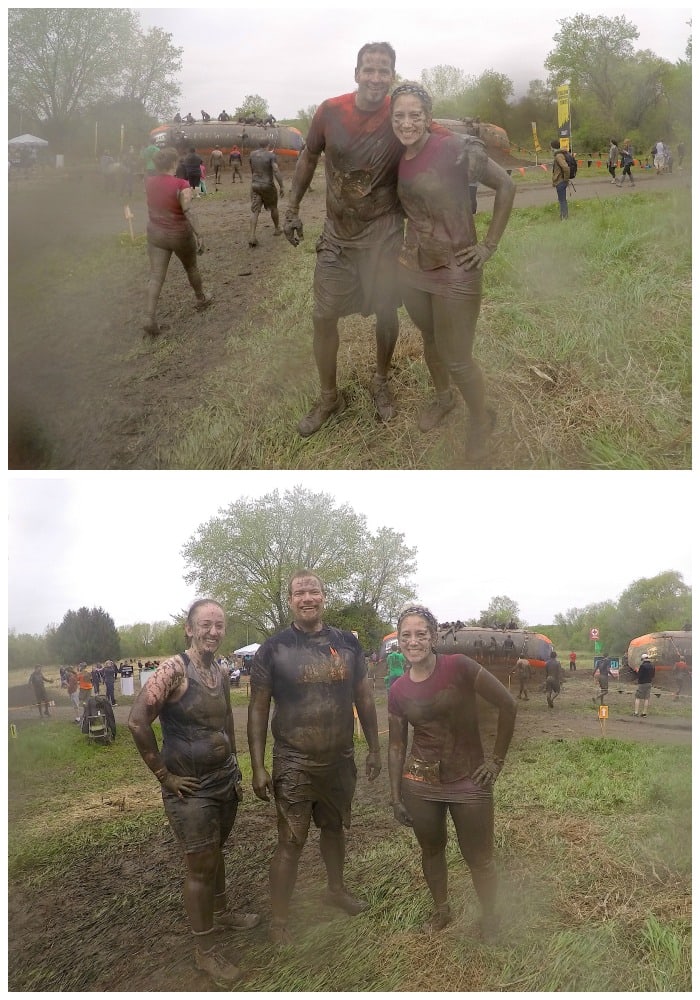 She said:  Are you guys going to run?  Come on!  Ok, I'm going to run and wait for you up there.
He said:  Where did you get all that energy? I thought you were freezing! Plus, another rule of the mudder is Thou shalt not leave your teammates! 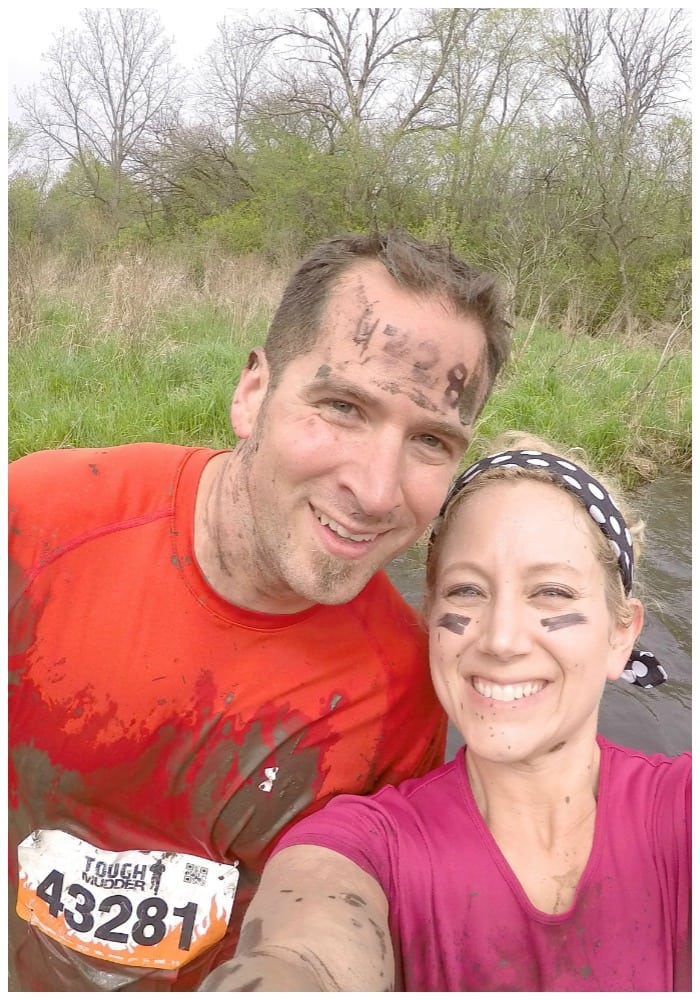 He said:  I would never let my kids walk through a swamp like this!
She said:  Who's big idea was this anyway?  I'm almost up to my waist in cold water!  Why isn't there a brownie refueling station? 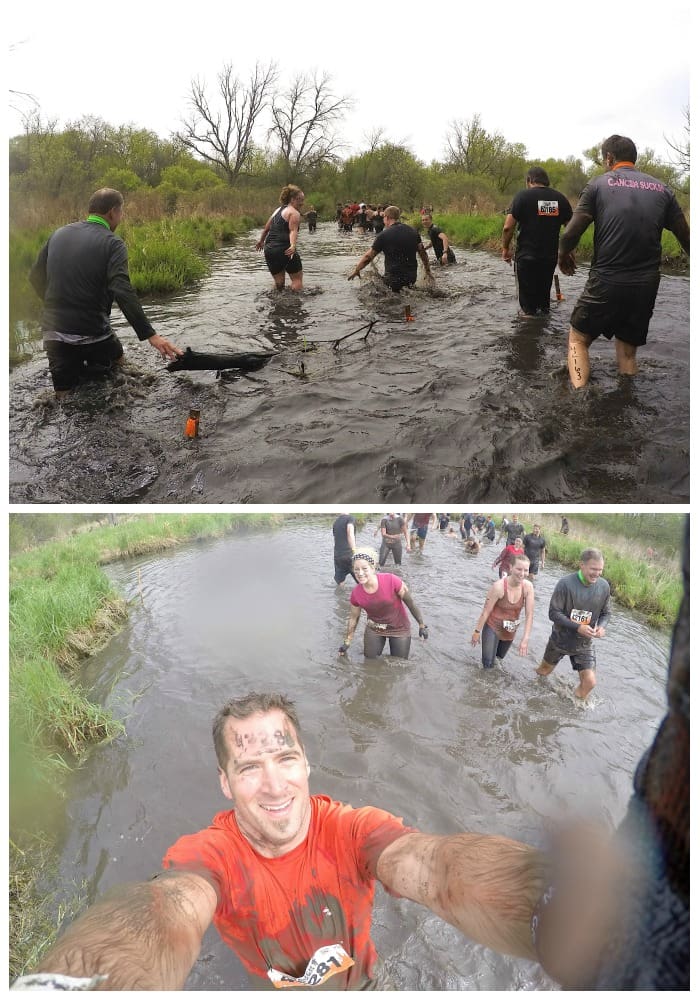 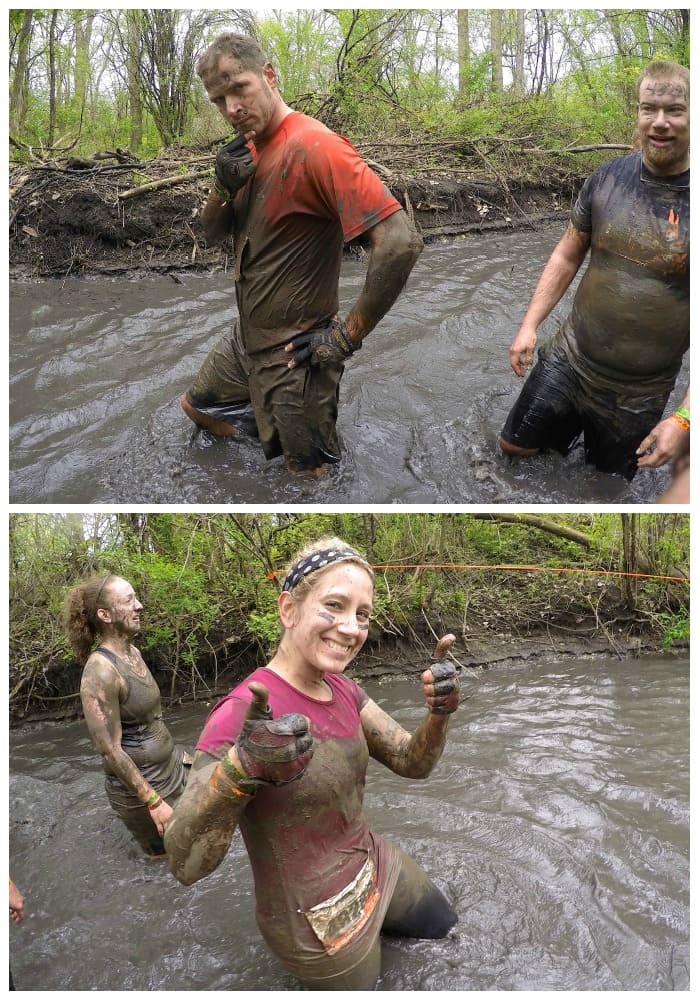 He said:  Make sure you close your mouth and eyes when you drop out of the tubes on the other side.
She said:  Thank goodness for wearing gloves to help hold onto that rope inside that tunnel. 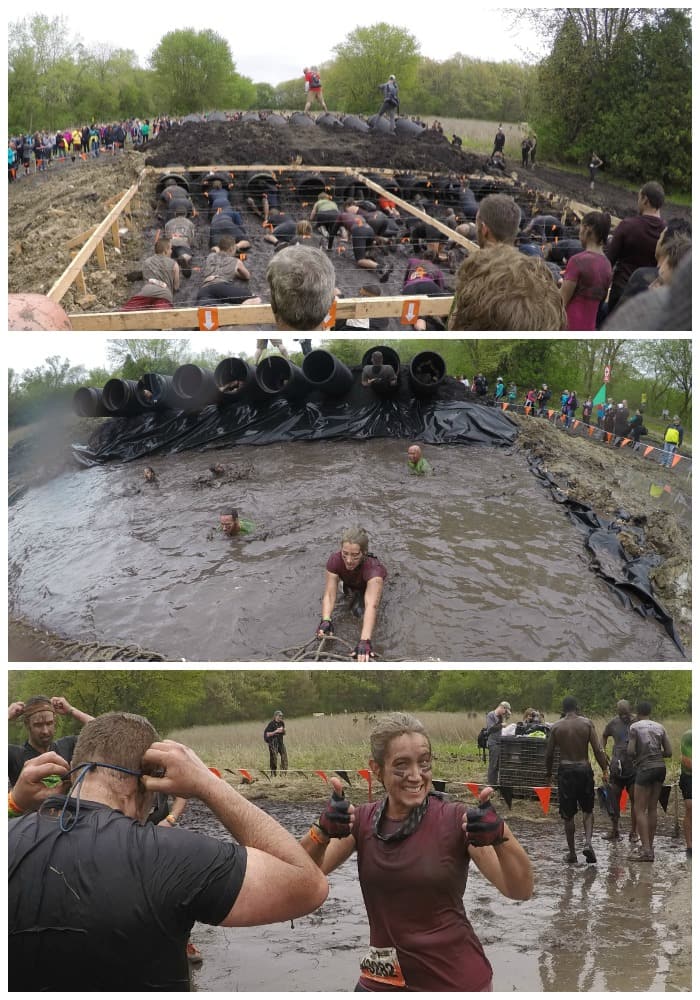 She said:  Thank goodness for all those early morning workouts at the gym.  We totally got this partner carry! 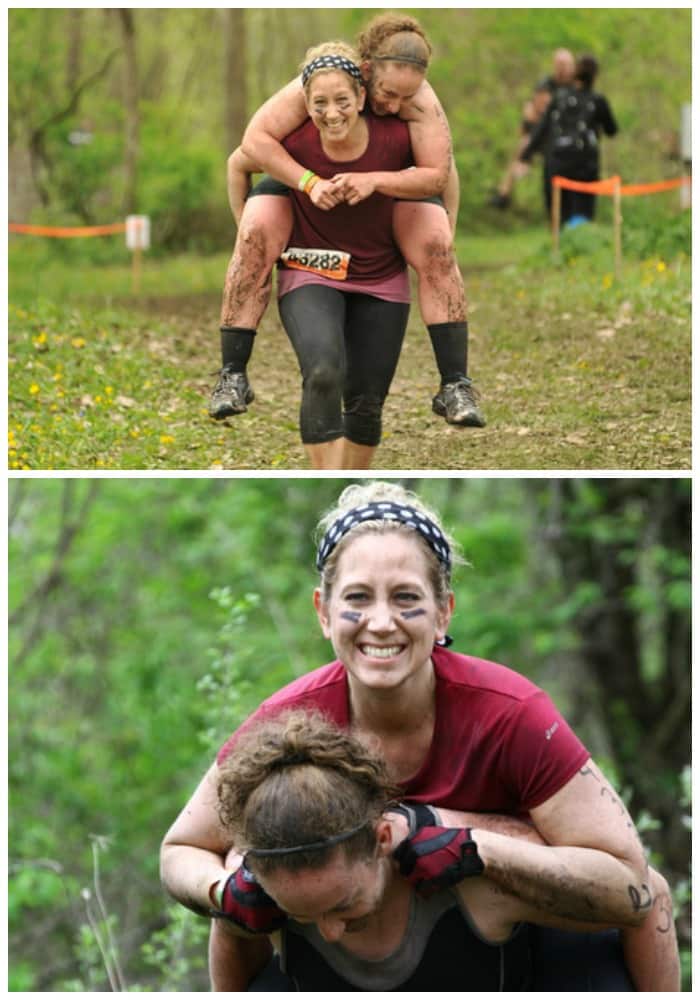 He said:  Crossfit and Advocare is where it's at! 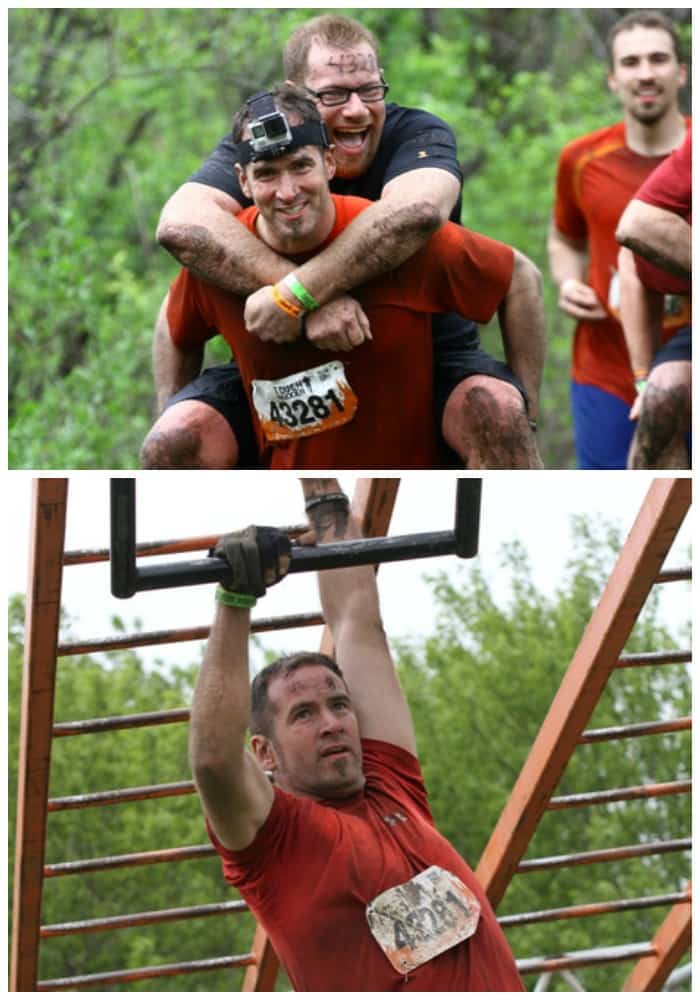 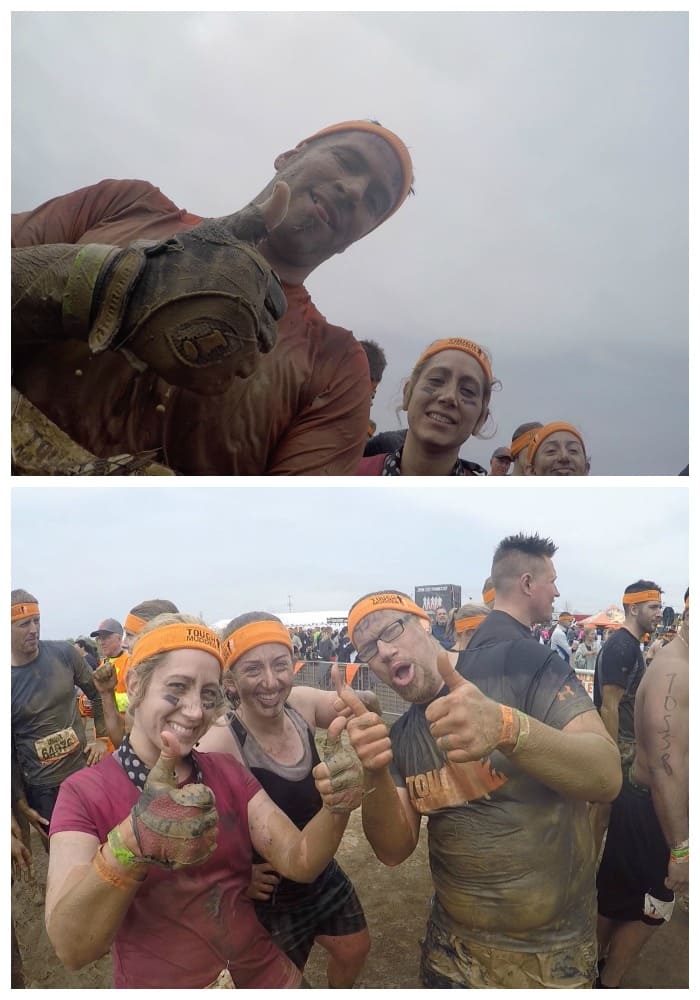 She said:  I love being able to say I am one Tough Mother!  LOL!
He said:  Are you ready to sign up for another one?
She said:  You know what?  I think I am! But first I need cake!! 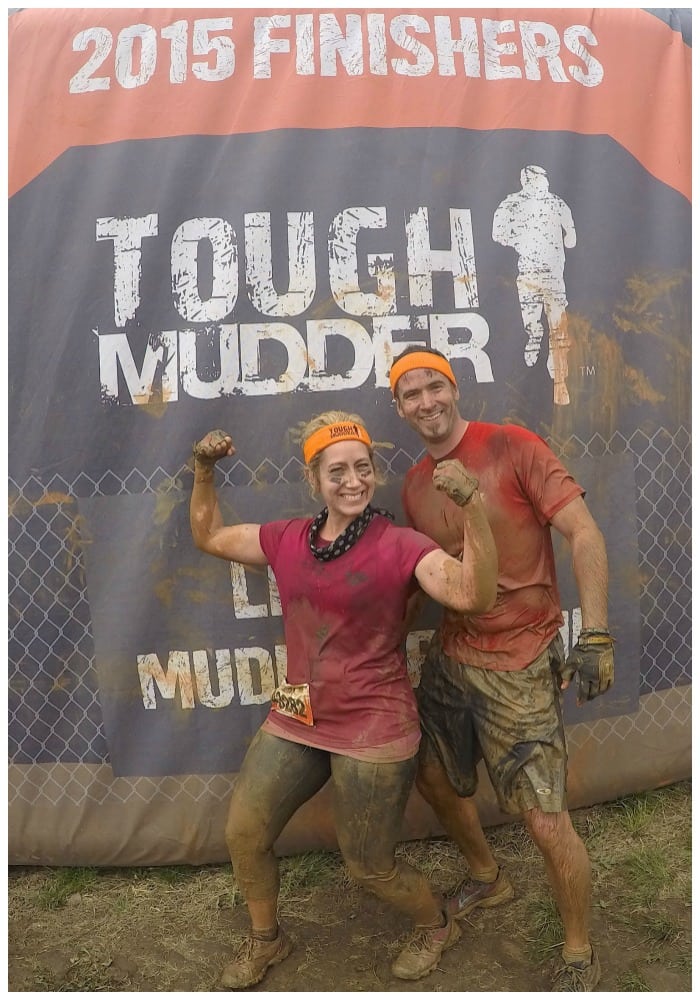