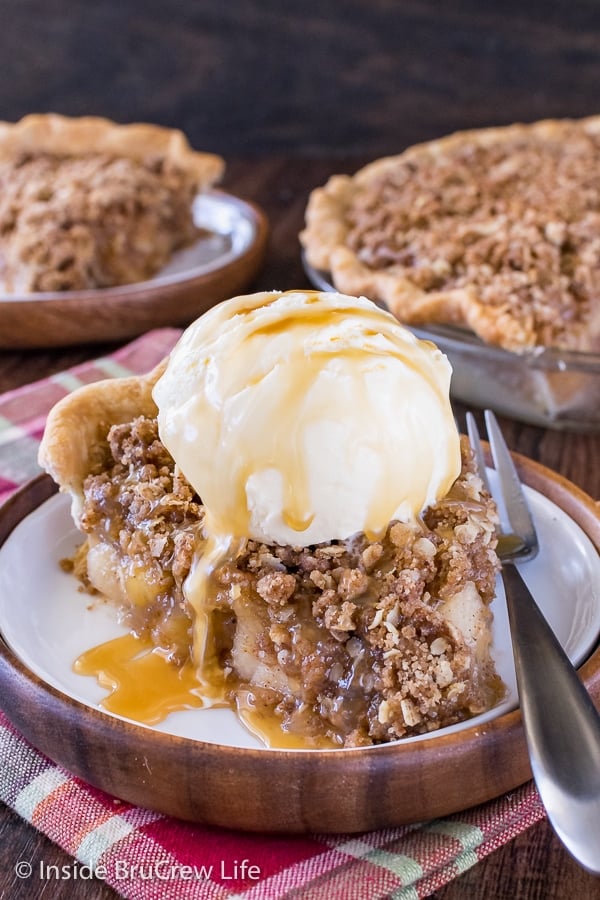 One of my baking pet peeve is that pie seems to get the shaft most of the year. Everyone breaks out their pie plates in the fall to make a Traditional Pumpkin Pie, then the plate just sits there the rest of the year.

I get it because I'm guilty of the same thing.   Pie just isn't one of those desserts that I make very often other times of the year.  That needs to change for sure! 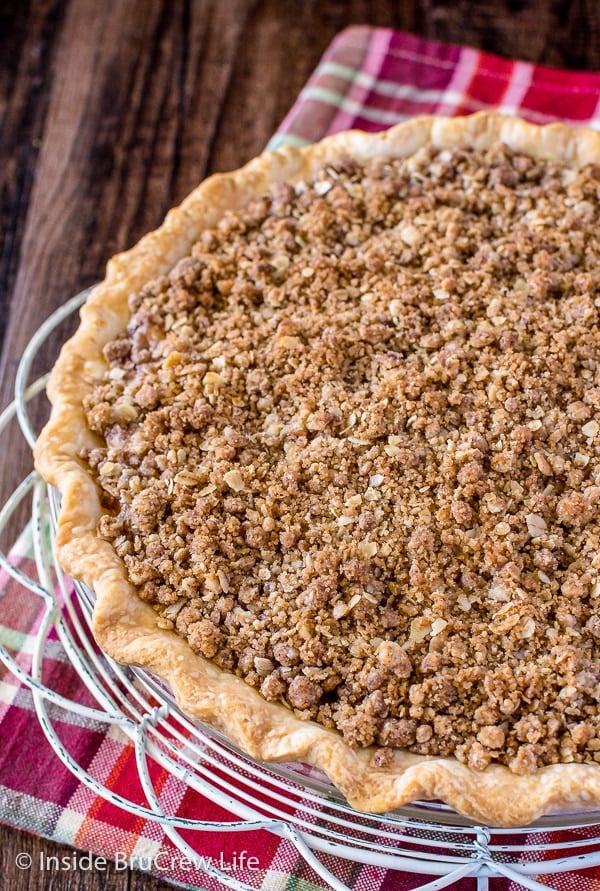 A few years ago I came up with a recipe for Homemade Apple Pie Filling and then made this Cheesecake Apple Pie.  That apple pie quickly became one of our favorite fall desserts.

It was so popular that we included it in our cookbook Cheesecake Love too.

My husband absolutely loves anything apple, so he gets excited when I start making apple desserts. 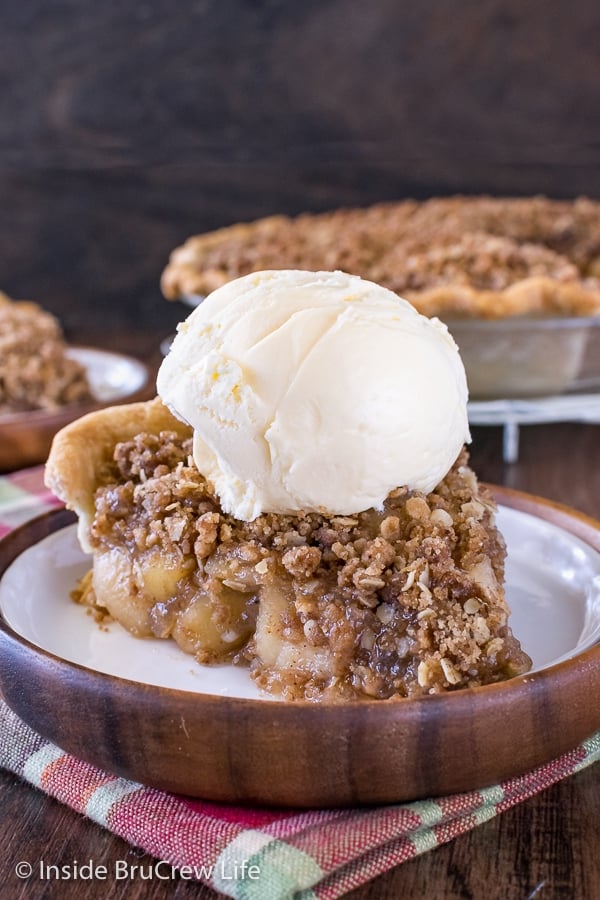 I decided to make another apple pie this year, but with a slight twist.  Instead of adding a layer of cheesecake on the bottom, I added a double batch of oatmeal crumble to the top.

Warm apple pie filling, a crispy topping, and melty vanilla ice cream...you see where this is going, right? This pie has all the components of a quick apple crisp or a dutch apple pie.

We had good intentions of sharing this apple crumble pie with friends.  But it got forgotten because we were chatting outside around the campfire.  Whoopsy! Hosting fail right there.

I probably should have set the pie out with the rest of the food, instead of thinking I would do it later. 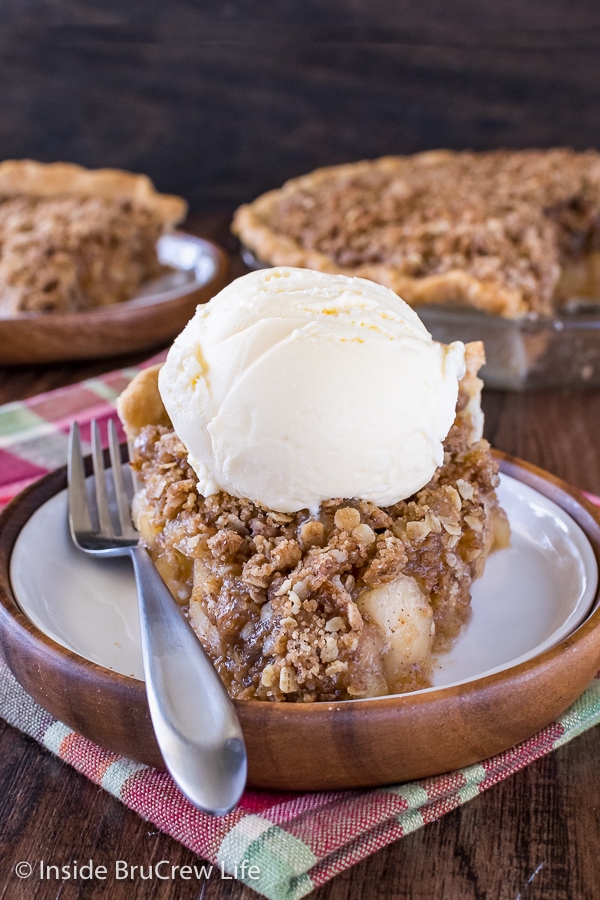 Do yourself a favor and make this easy apple pie for your Thanksgiving dessert table this year. It will not last long. I know because we devoured this one in no time at all!

How to make this Apple Crisp Pie: 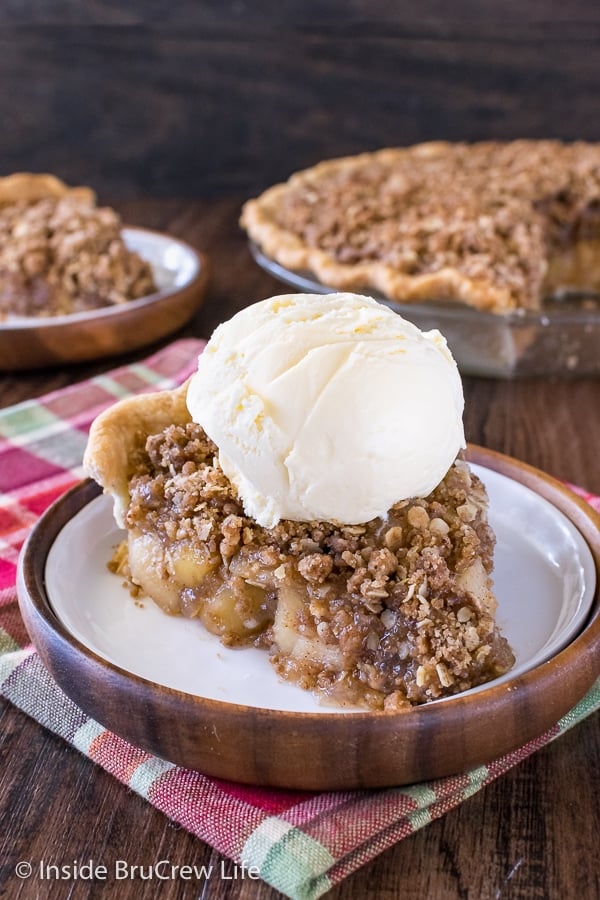 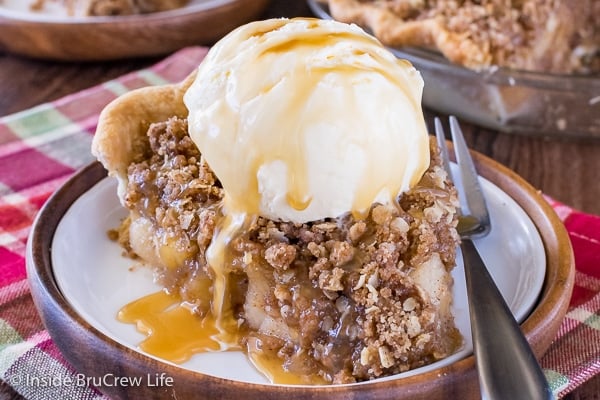 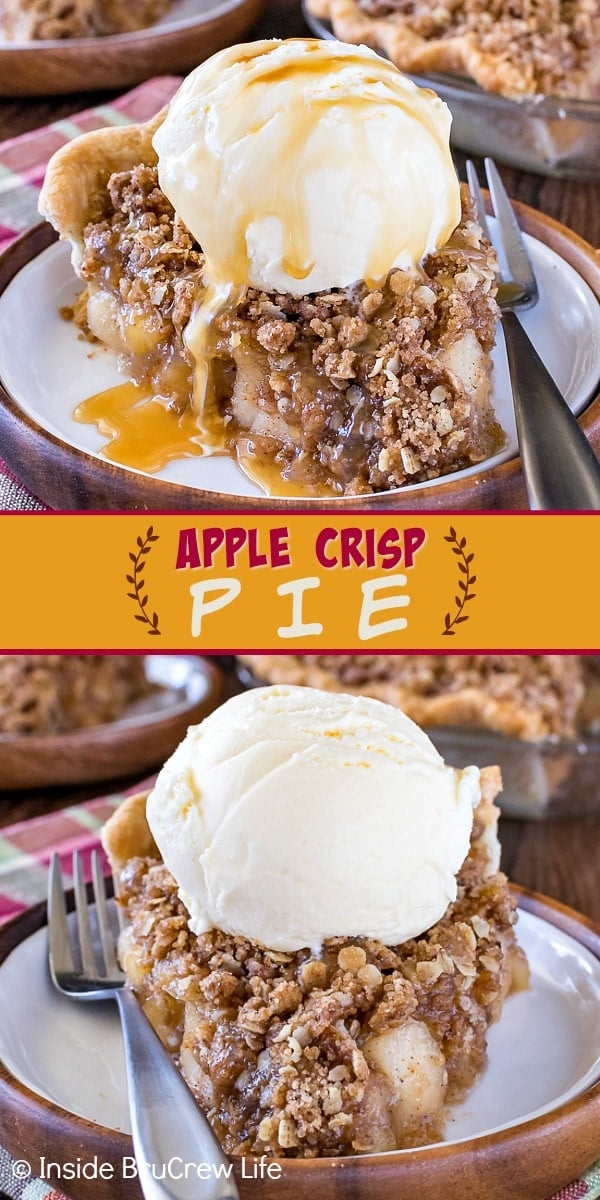 *This post does contain affiliate links.  We receive a very small percentage of sales from purchases made through these links.  Thank you so much for supporting Inside BruCrew Life and letting us share products and brands we know and love.

**The post for Apple Crisp Pie was first published on November 7, 2016. The pictures and post were updated and republished November 1, 2020.