The rich and creamy layers in this Coconut Chocolate Pie recipe will make this pudding pie a hit with everyone. No bake coconut cheesecake and chocolate pudding will have you going back for another slice in a hurry! 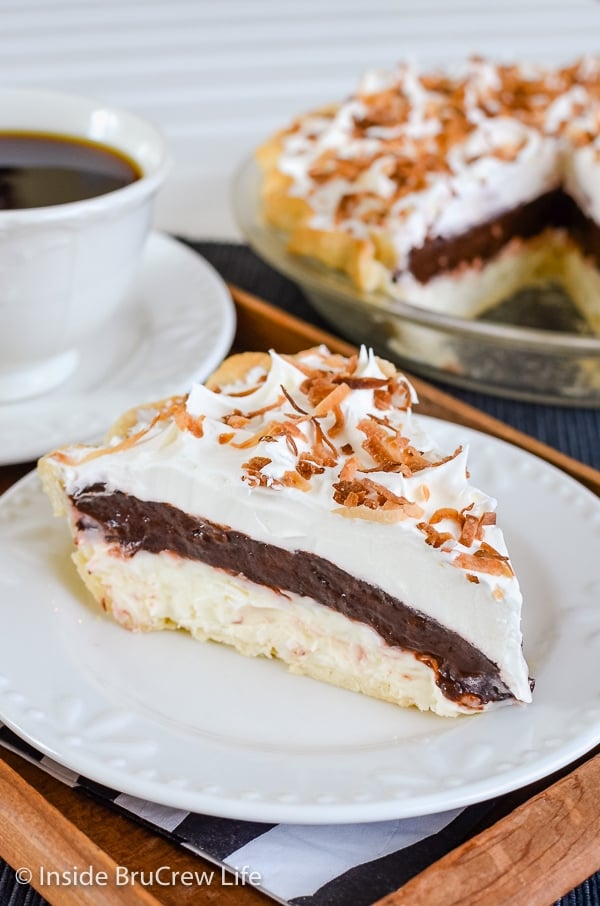 The other day I was craving pie like crazy.  I'm not sure why.  Usually when I want something sweet, I crave these Homemade Chocolate Chip Brownies.

But for whatever reason I couldn't get the idea of a creamy pie out of my mind. So, I looked through the pantry and refrigerator to see what I could come up with.

I found a few boxes of chocolate pudding, shredded coconut, cream cheese, and Cool Whip.  I knew right away that a pudding pie with a no bake cheesecake layer had to happen right away. 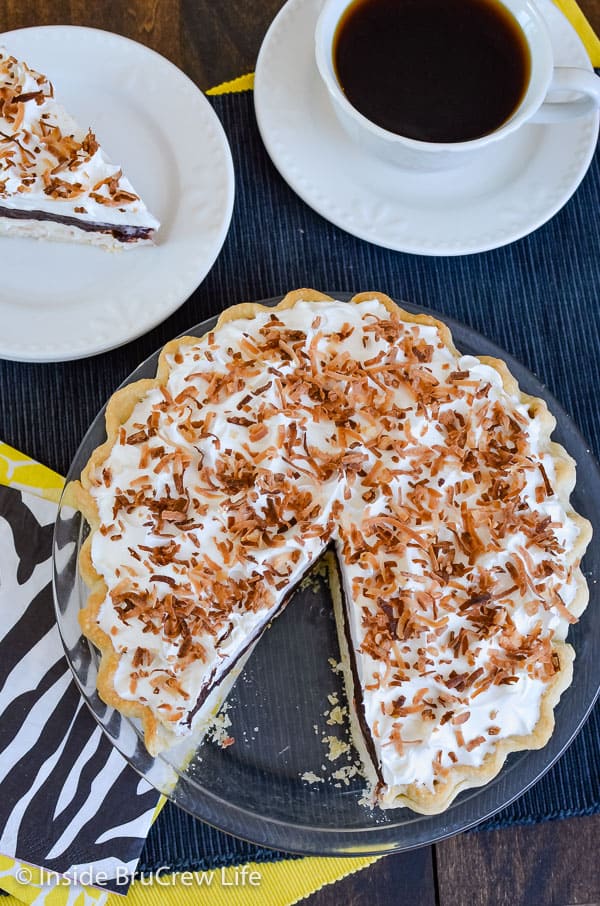 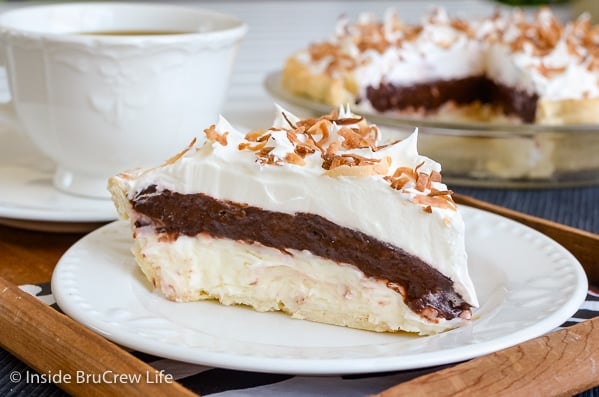 Pudding pies are one of the easiest pies known to man.  Whisk the pudding mix and milk and spoon it into a no bake cookie crust.  Easy, peasy, right?

Today I decided to add a coconut cream layer to a chocolate pudding pie because chocolate and coconut just belong together.

I couldn't wait to dig into this chocolate coconut pie. It was the perfect dessert to enjoy on PI day. And yes, I am crazy enough to make a coconut pie just so I can eat a slice. 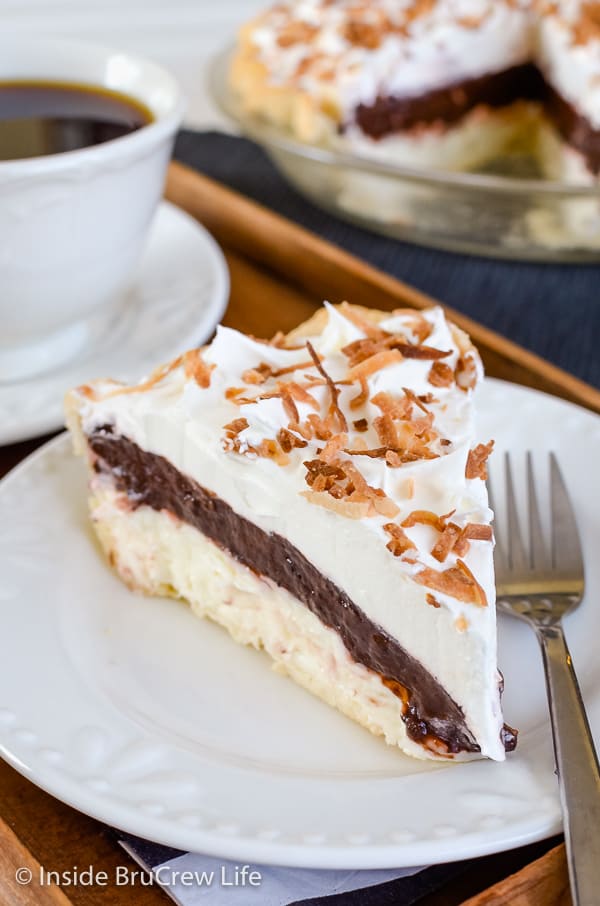 How to make a Coconut Chocolate Pie:

Step One: Bake and cool a pie crust. 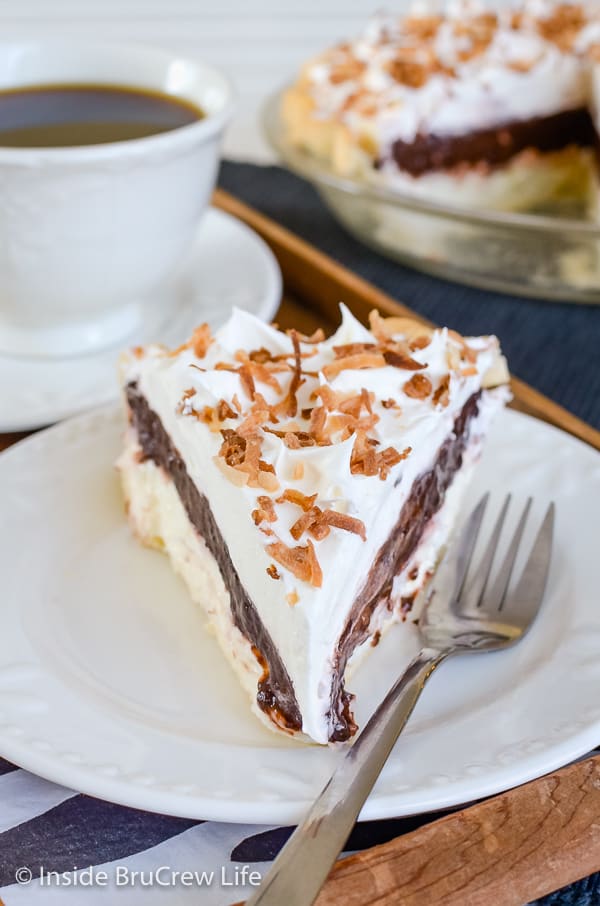 Can you make this a no bake pie?

Yes, you can. Make a graham cracker crust or Oreo cookie crust instead of using a baked pie crust.

How do you store a pudding pie?

Store the pie in an airtight container in the refrigerator. You can also wrap it tightly with plastic wrap. The pie will keep for 2-3 days, after that it starts to get runny. 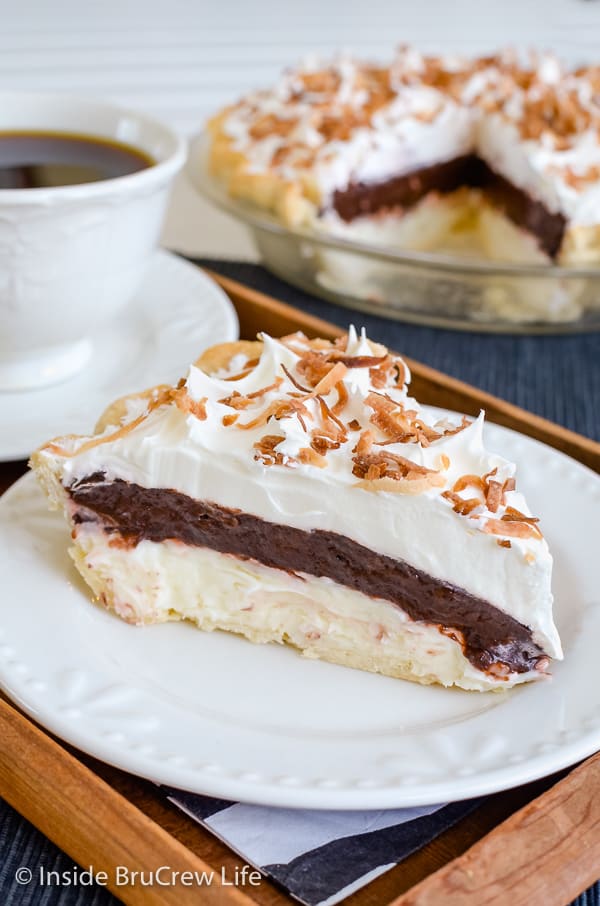 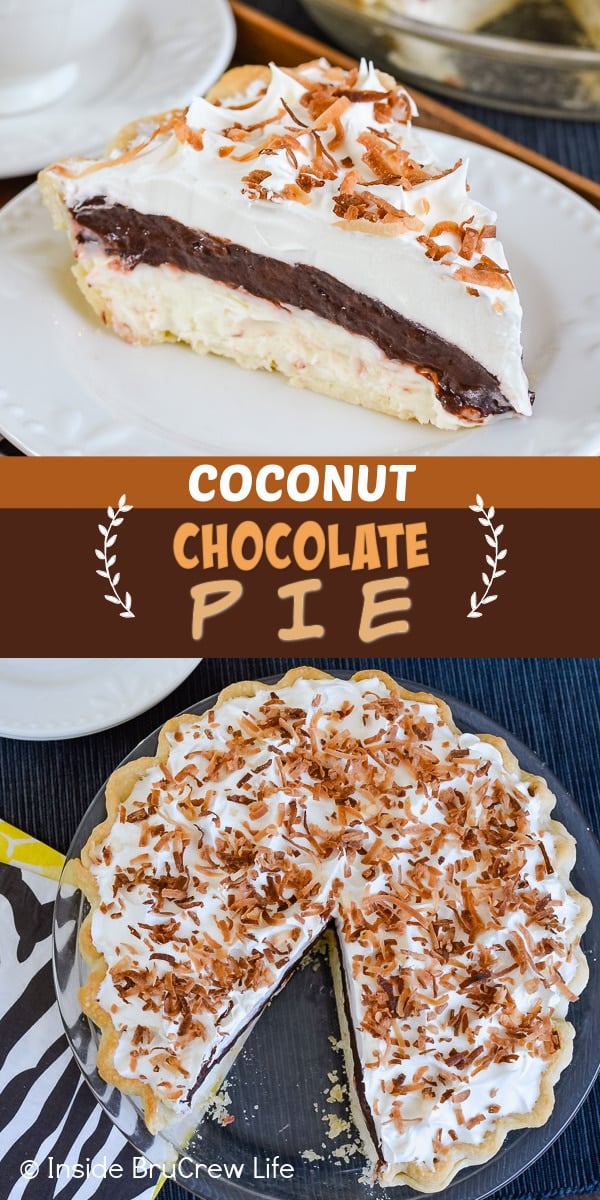