Adding a thick layer of coconut frosting makes these Nutella Brownies a dreamy summer dessert.  The fudgy homemade brownies and coconut topping are sure to get rave reviews from everyone that tries them. 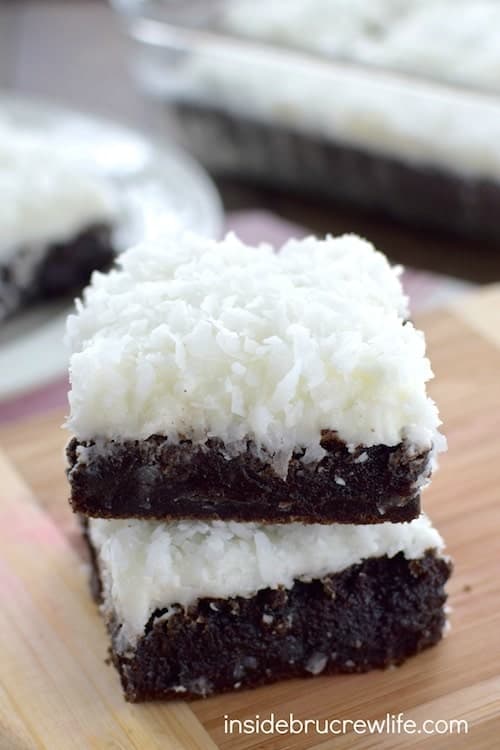 We go through a lot of brownies in our house.

My youngest absolutely loves brownies...plain brownies that is.  I tried to sneak chocolate chips in them one time, and he totally called me out and said those weren't plain.

He actually had me show him how to make a box brownie all by himself. So now, when that brownie craving hits, he can do it all by himself.  It's so cute to watch him in the kitchen making his pan of plain brownies. 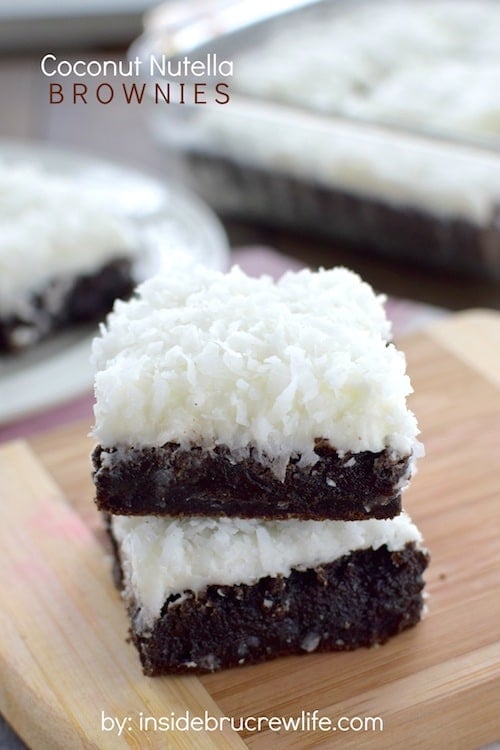 Sure I like a good plain brownie every once in a while, but usually I have so many crazy dessert ideas running through my head that plain just isn't an option.  I mean cheesecake brownies, salted caramel brownies, and marshmallow brownies just sort of happen.  Yup, brownies always get the fun treatment when I'm baking.

I took these homemade chocolate chip brownies and jazzed them up coconut and Nutella style. That combo always reminds me of our trip to St. Maarten a few years ago.  Waking up late, eating coconut Nutella crepes for breakfast, and sending the day on the beach were how we spent every single day there.  It was amazing!  I think a trip back needs to happen again.

How to make Nutella Brownies

Using coconut oil instead of butter helps add a little more coconut flavor to the chocolate brownie, and a generous scoop of Nutella swirled in the batter make them even fudgier.

Then to top them off, a thick coconut frosting with lots of shredded coconut is the perfect touch.  I do like to under bake my brownies, but you can bake them a few minutes longer to firm them up more if you like.

The frosting and Nutella really help keep them soft and amazing for days! I had to send the rest of the brownies with my hubby to work because I couldn't stop swiping little bites every time I went in the kitchen! 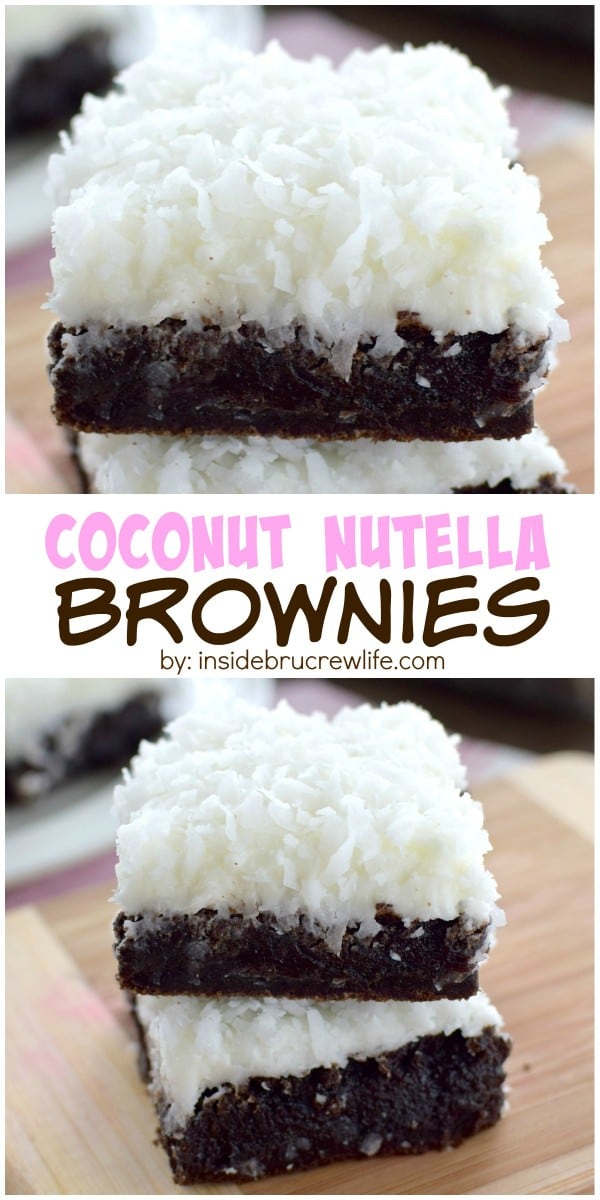