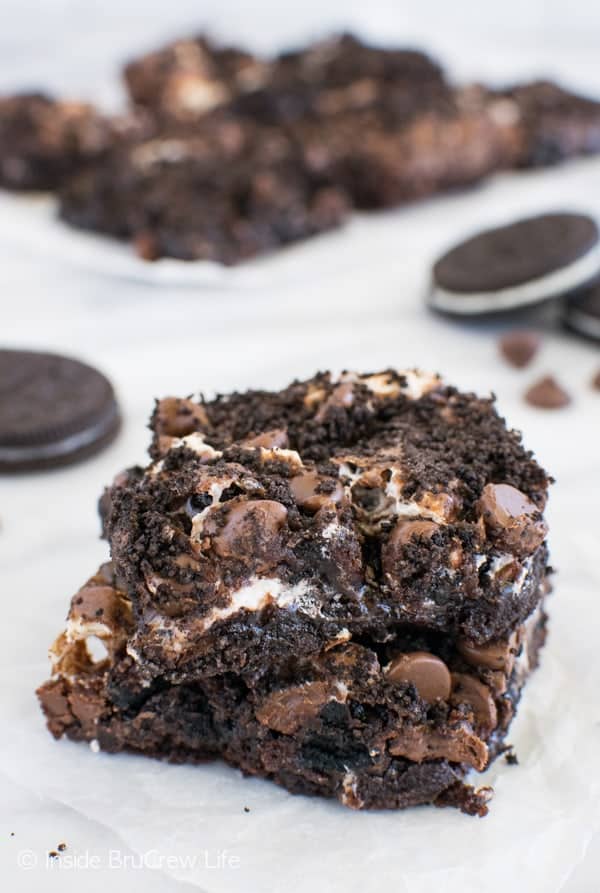 Last week my diet was sabotaged by these delicious brownies! I mean how could I resist Oreos in brownies plus chocolate chips and marshmallow?

I would much rather eat these Oreo brownies instead of the green spinach shakes my husband keeps making.

Maybe these in the shakes instead of the green stuff??? Now that would make an awesome protein shake! Ok, fine that's just a brownie milkshake!

I just figured that if I run 3 miles every other day, the brownie is my reward for forcing myself to exercise. Although, I'm not sure why I ate brownies on the days I didn't run? LOL! 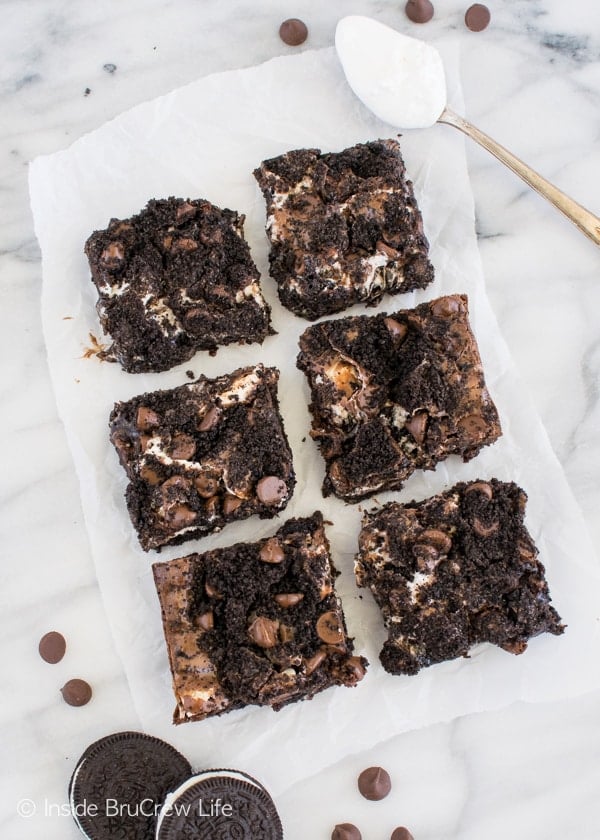 My husband even said they were some of the best Oreo Brownie he has ever had. And that says ALOT because he is not a sweets eater!

How to make Oreo Brownies:

So, I suggest you bake up a pan of Oreo brownies for yourself (and your family, because I don't recommend eating the whole pan by yourself) to see for yourself just how decadent these are! 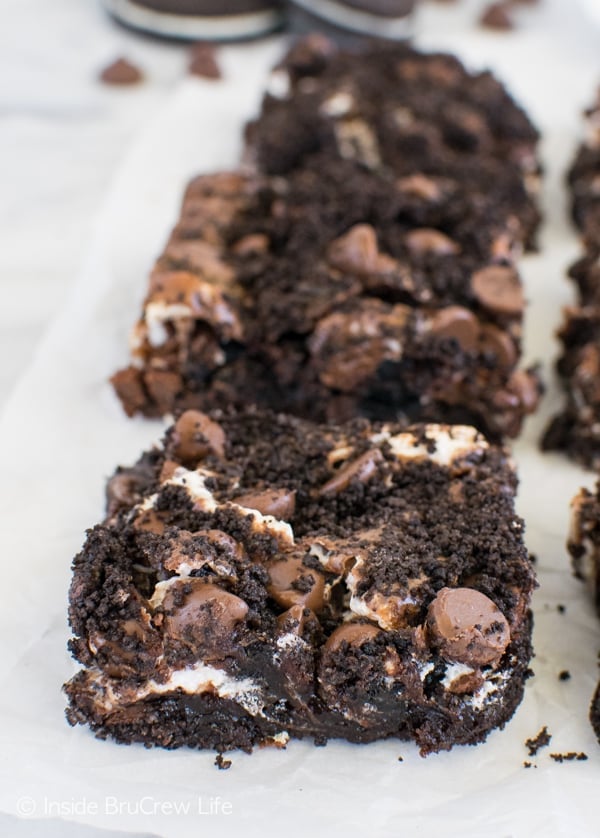 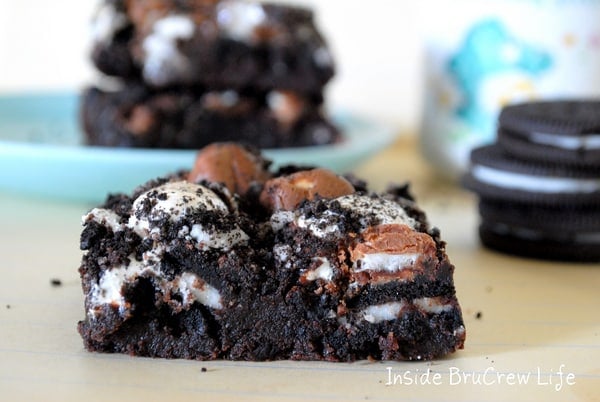