Serve up some eye popping fun this year!  Oozing red gel frosting and a candy eye add a fun and spooky flair to these Peanut Butter Zombie Eyeballs.

These easy no bake peanut butter balls are an awesome treat for Halloween or Walking Dead parties! 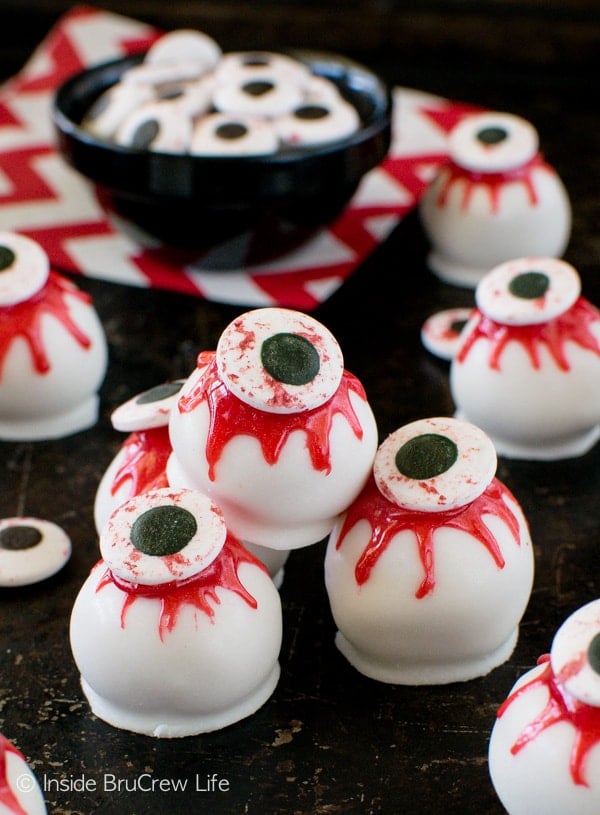 Every year at this time our boys ask if I am going to make spooky Halloween eyeballs again.  A few years ago I jazzed up some peanut butter buckeyes for a party, and now they want a batch of eyes for Halloween every year.

Most of the treats and goodies that I make around here are crazy ideas that I have come up, so if the boys request a dessert, I jump and make it right away.

And of course, any time I will never turn down an opportunity to make and eat chocolate and peanut butter treats. 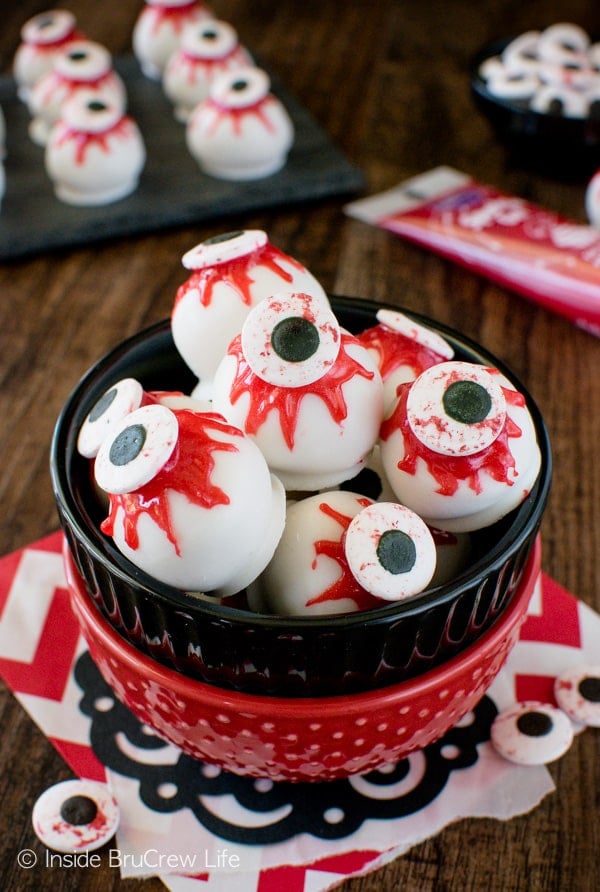 I am definitely used to gross things like boogers, farts, and burps because I live with three boys.  So, oozing bloody eyeballs do not phase me at all.

Ok not true because if I actually had to see that kind of thing in real life I would be grossed out!  This bloodshot eyeballs recipe is cool because it is just candy and frosting.

A few years ago the boys were super pumped to watch the new season of The Walking Dead.  I have to admit, I have NOT gotten into this show, even though they keep trying to get me to watch.

First of all, I would have to binge watch zombies for a long time to catch up, and that idea doesn’t thrill me. Finally, it is about zombies. I really have a ton of other things I could be working on. 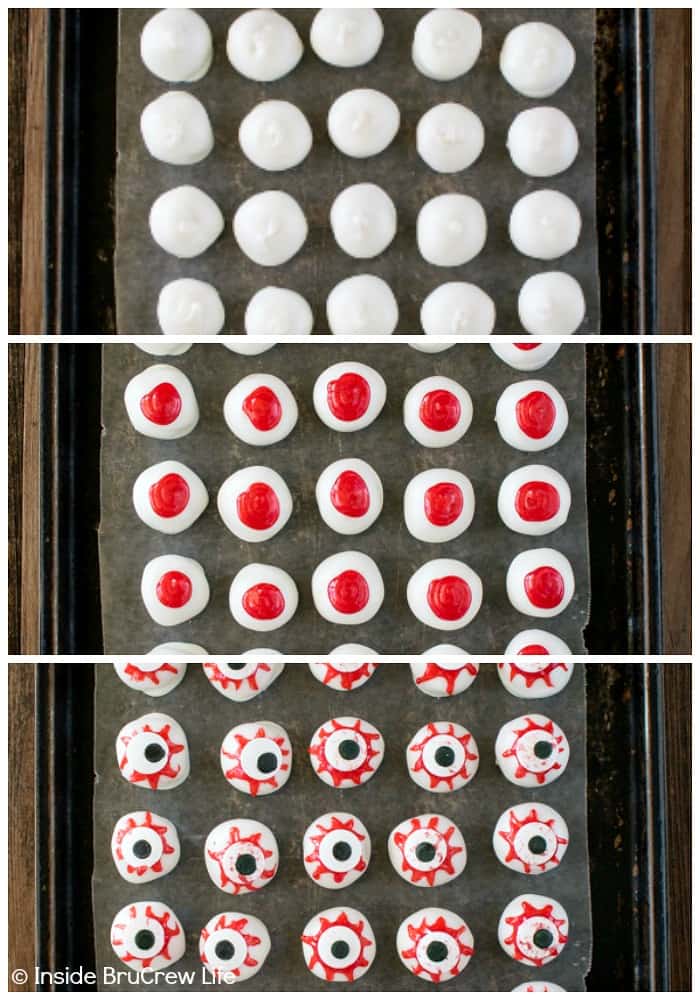 My husband saw these Halloween peanut butter truffle eyeballs chilling on the counter, and he said they look like Glenn’s eyeball.  Because they had told me what happened in that particular episode, I knew what he was talking about.

But then he pulled up replays, and made me watch the eyeball scene.  Eeeewww eeeewwww!  I have no idea how people watch this show! Trust me!  Do not google this!

Due to all the blood in that one scene, I would much rather be in the kitchen baking up fun treats like these Frankenstein Marshmallows rather than watching gore and zombie guts.  Just saying! 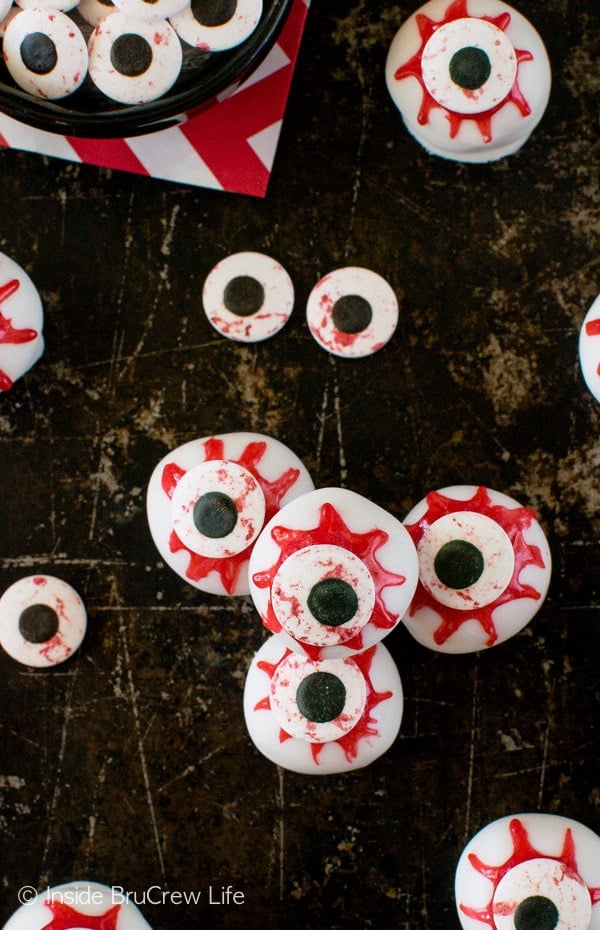 Now you should recognize this recipe because it is the same as our easy Peanut Butter Balls but with a Halloween twist!  Or a Walking Dead twist if that’s how you roll. 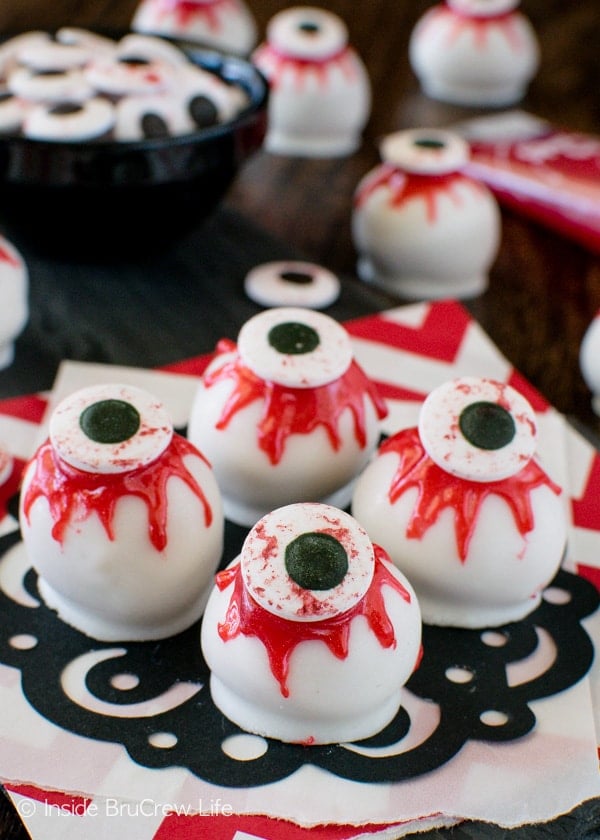 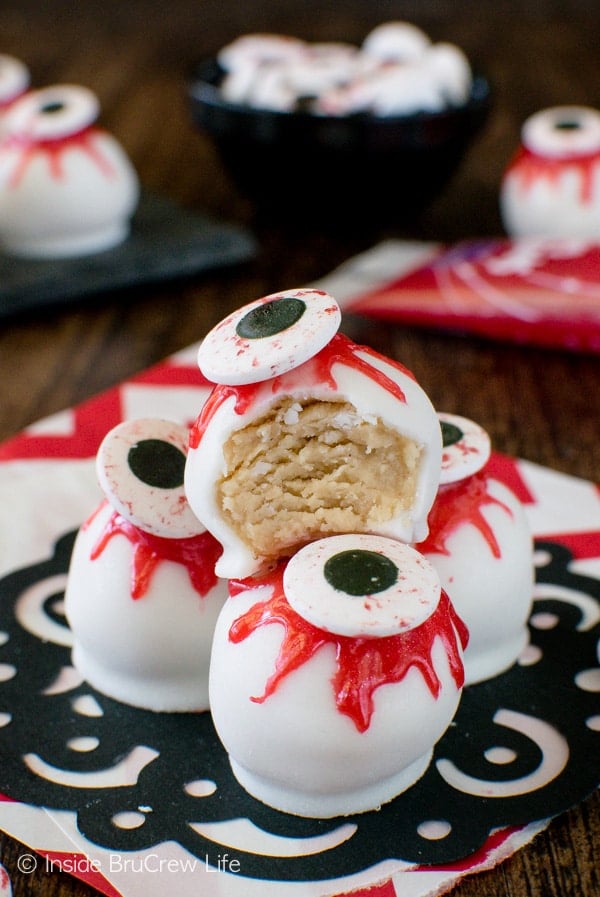 I also have a fun Facebook group, and I would love for you to join. It’s a group where you can share your favorite recipes, ask questions, share photos, and see what’s new with the BruCrew. If you would like to check it out, you can request to join HERE.