Add these fun Pudding Filled Dirt Cupcakes to your dessert plans. Kids of all ages love the fun pudding center and the gummy worms on top! 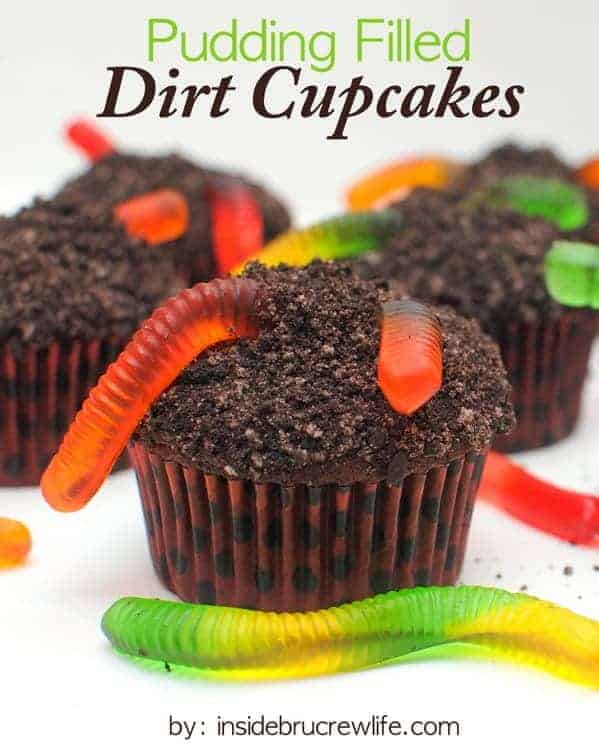 This past month I discovered that I have a super power. I have the Jedi mom mind powers. I figured it out when my youngest son was talking about
his upcoming birthday and the party he wanted.

I casually mentioned that he liked playing Angry Birds on my phone. What a fun party that might be.

And all of a sudden he wanted to have an Angry Birds party! 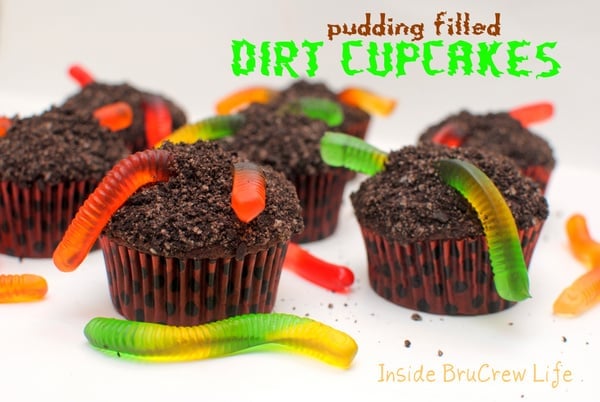 A few weeks later, I realized this type of a party was going to be rather difficult as there really are no store decorations to be found for this because it was so new.

Meaning I would probably have to hand make any and all party decor. Hhhhmmmm! This could be very time consuming and stressful!

Then one day while out shopping, I came across a skeleton candy mold. Again I casually mention to my son what fun a pirate party could be. You know with a treasure hunt and all! And dirt graves with candy bones!

I’m sure you can imagine my surprise when he decided that pirates would be more fun! 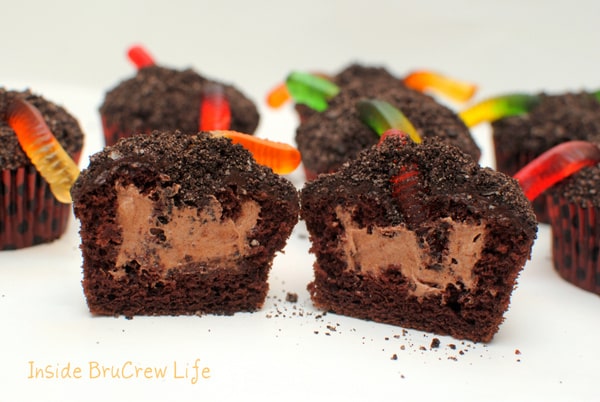 Next up was the cupcakes for his class. He said just chocolate.

So who do you think casually mentioned chocolate dirt cupcakes? That’s right! This Jedi Mom!!! All he could talk about were the worms!

So far I am three for three using my powers, and I have decided that this mind trick thing is a pretty fun power to have.

Now if only I could get it work on the rest of my family…
“what’s that dear daughter?   You washed all the dishes?”
“seriously best oldest son? You mowed the yard just because?””eeeeiiikkkk!!!
Really, Honey?  You are buying me the new camera I want?!?!?”

Oh yeah! I better start stretching my mind powers because in my head those things sound really really good! 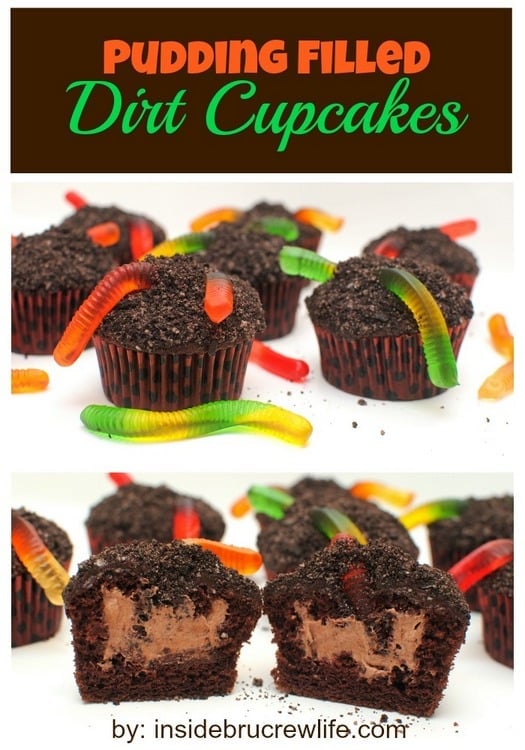 See? Now I am trying to use my Jedi powers on you too.  LOL!

Please log in again. The login page will open in a new tab. After logging in you can close it and return to this page.