This Banana Pudding Cheesecake combines the best banana cheesecake recipe with a classic banana pudding. Layer it with fresh bananas and whipped topping and you get an amazing banana dessert!

If you are a fan of banana and cheesecake, you need to try this mini chocolate banana cheesecake too. 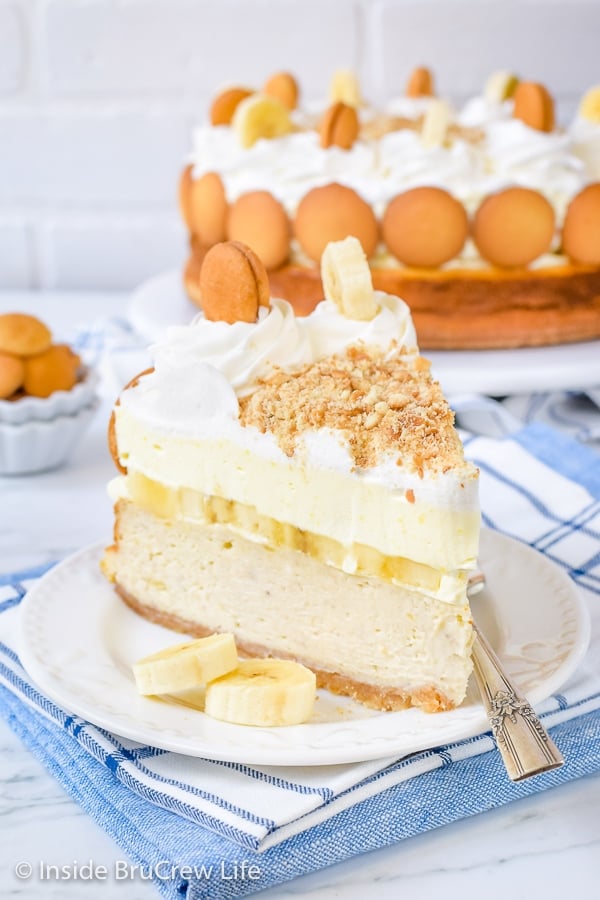 Cheesecake is one of our favorite things to make for dessert.  Over the years we have come up with so many recipes for cheesecake bars, full sized cheesecake, mini cheesecakes, and no bake cheesecakes.

This banana cheesecake recipe is a combination of two of our favorite classic desserts...banana pudding and banana cheesecake. A few years ago we made this Banana Split Cheesecake, and it is still one of our our all time favorites because it is made with real bananas.

I decided to make that same banana cheesecake, but this time I added a simple banana pudding layer on top. The combination of thick creamy cheesecake with light fluffy pudding turned out so good. It may be our new favorite cheesecake.

Packed with banana pudding flavor, this twist on banana cheesecake will be a new favorite with your family too. 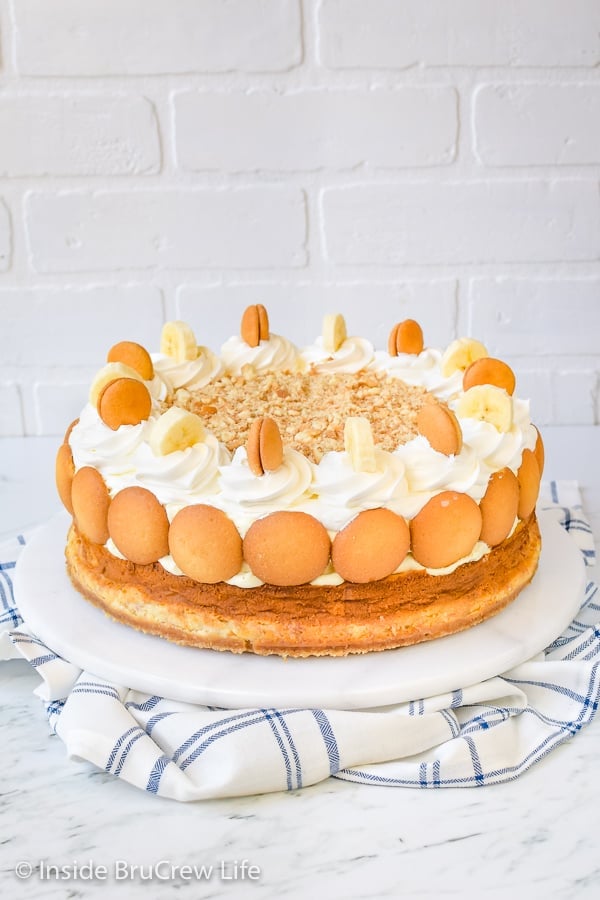 For the Vanilla Wafer Crust

For the Banana Cheesecake

For the Banana Pudding 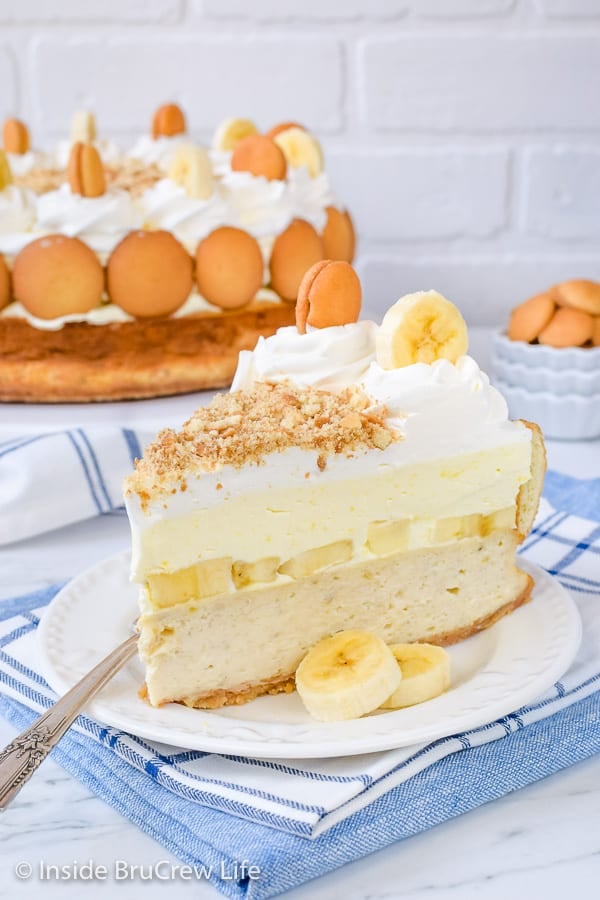 BruCrew Tip: Make this graham cracker crust recipe, if you prefer that flavor instead. 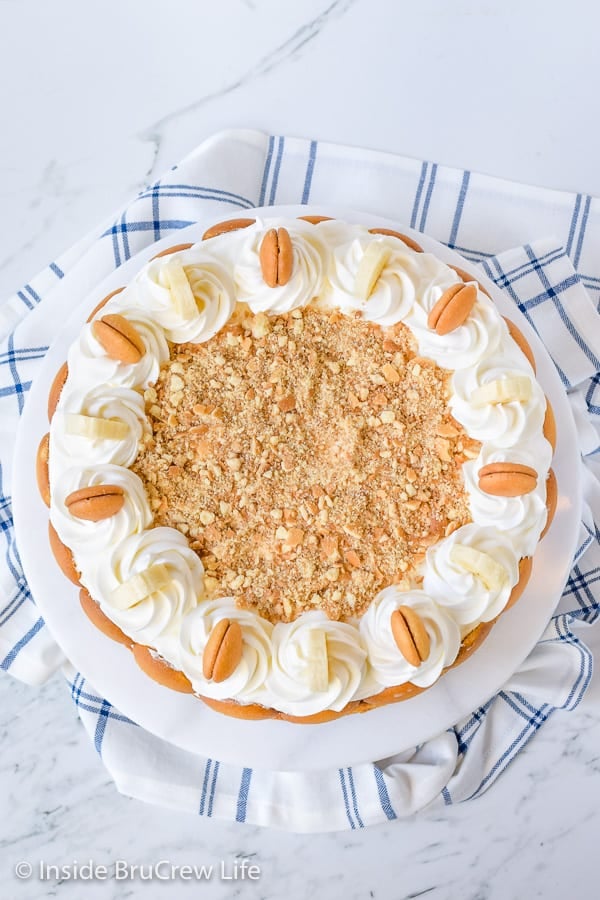 Can you make banana cheesecake ahead of time?

Cheesecake is the perfect dessert to make ahead of time because it needs time to chill.

Can you make these into banana pudding cheesecake bars?

Yes, you can. Press the crust into the bottom of a 9x13 pan. Pour the cheesecake filling on top and bake for 40-50 minutes.

How do you know when cheesecake is done? 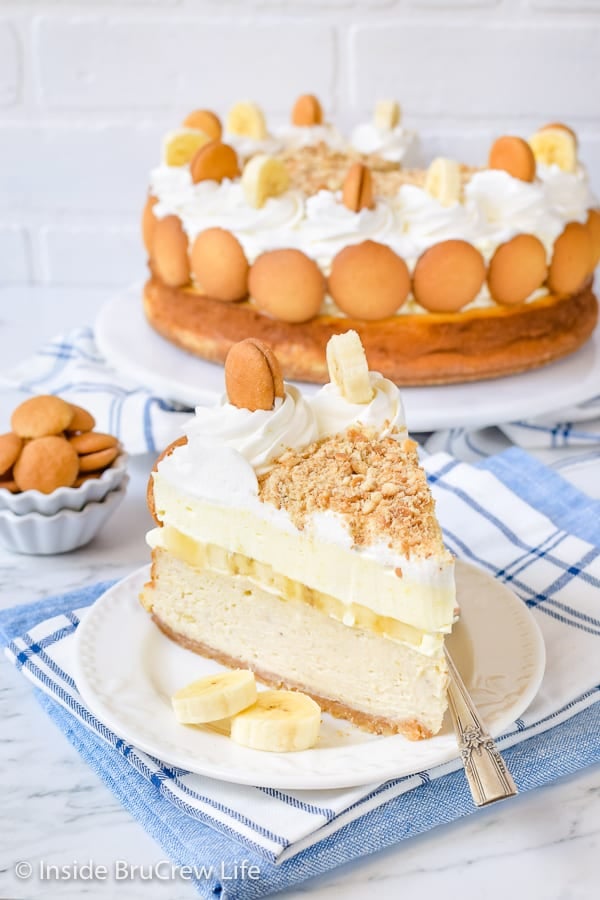 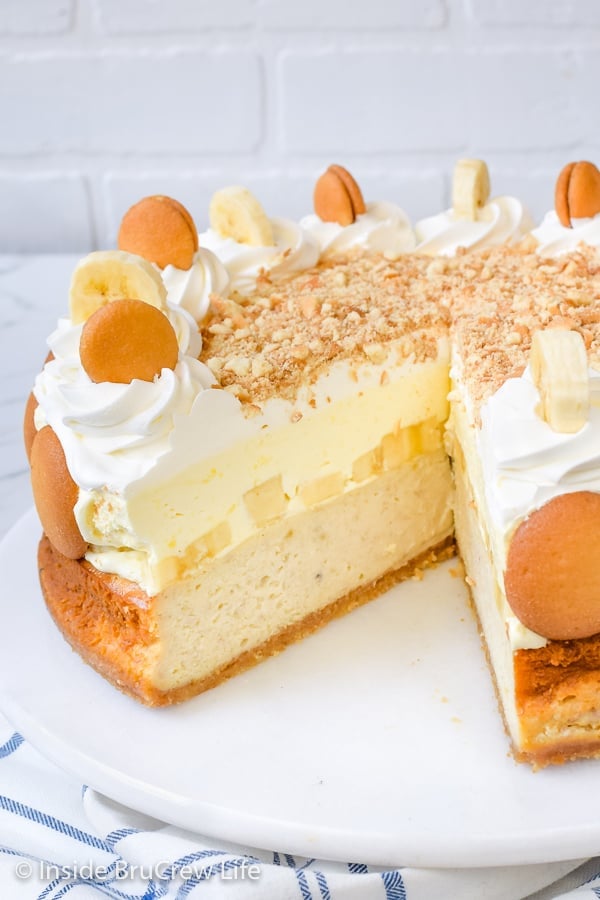 Please consider leaving a 5 star ⭐️ rating in the recipe card below and/or a review in the comments section further below. 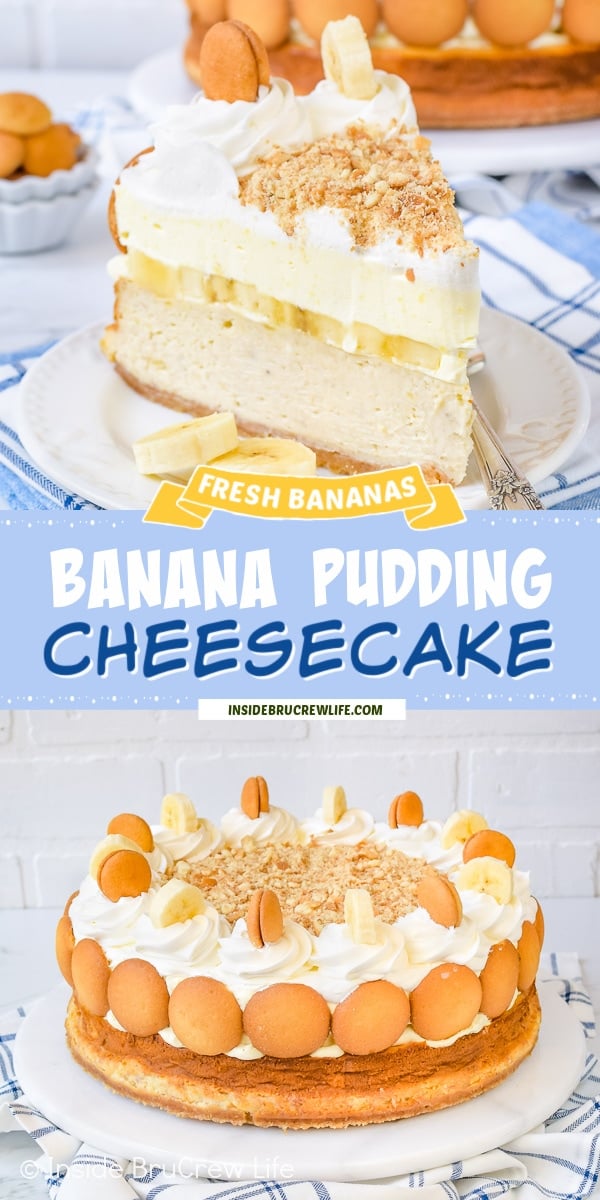 *The post for Banana Pudding Cheesecake was first published May 2019. The post was updated and republished July 2021.