This amazing Funfetti Cheesecake is loaded with bright colored sprinkles and topped with a hot pink white chocolate glaze.  Such a fun and festive dessert to make for any celebration. 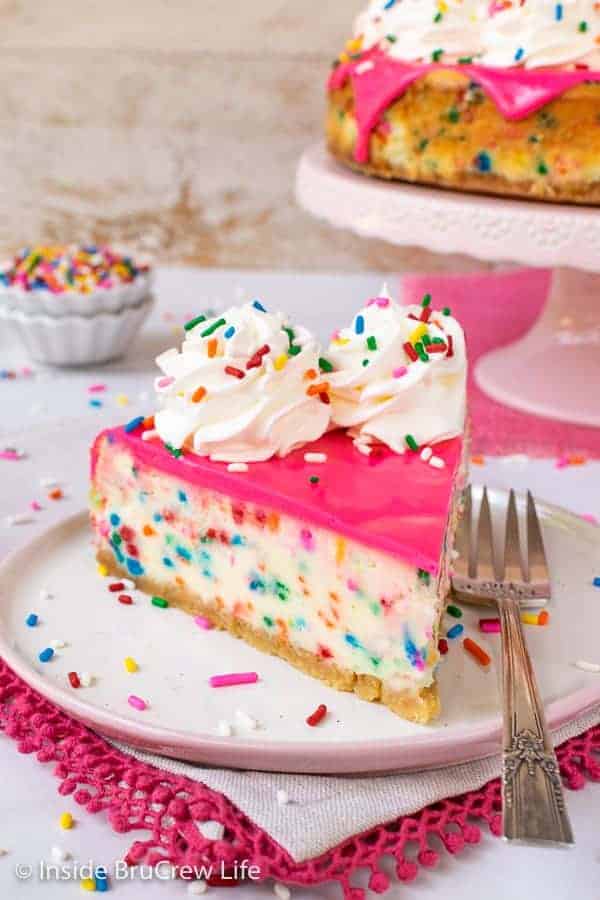 A few weeks ago I was cleaning and rearranging some things in our pantry when I realized that I have 3 bins full of sprinkles. And these are not tiny little bins.  So my question is how many sprinkles are too many? Because apparently I have quite a few.

Of course, since I had sprinkles on my mind, I had to make something right away.  Since I have been wanting to make a cake batter cheesecake loaded with lots of rainbow colored sprinkles, this was the perfect time to do it. 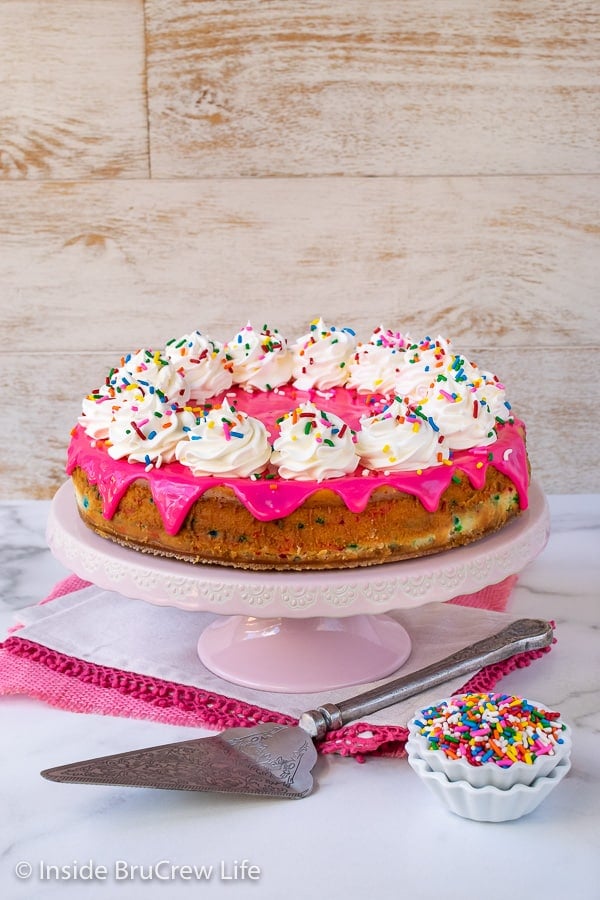 Cheesecake is one of our all time favorite desserts.  Fun fact. Years ago my husband was actually the one that started baking cheesecakes for us to take to family dinners or church events.

Eventually I got hooked on baking them with him, and then I kind of took over the cheesecake baking because he had work and other things to do.  I've always done most of the baking, so it was pretty natural for me to do cheesecakes too.

What I learned over the years is that cheesecake is not really hard to make if you know the basics. If you have a good base cheesecake, you can make all kinds of changes to the crust, the flavors, and mix ins to create an entirely new cheesecake.

We started with the Vanilla Bean Cheesecake and slowly started creating new ones based off it. In fact, I used that same recipe to create this full-sized Funfetti Cheesecake.  All I had to do was change out the extracts, add lots of colorful sprinkles, and top it with a fun chocolate glaze. Hello rainbow dessert! 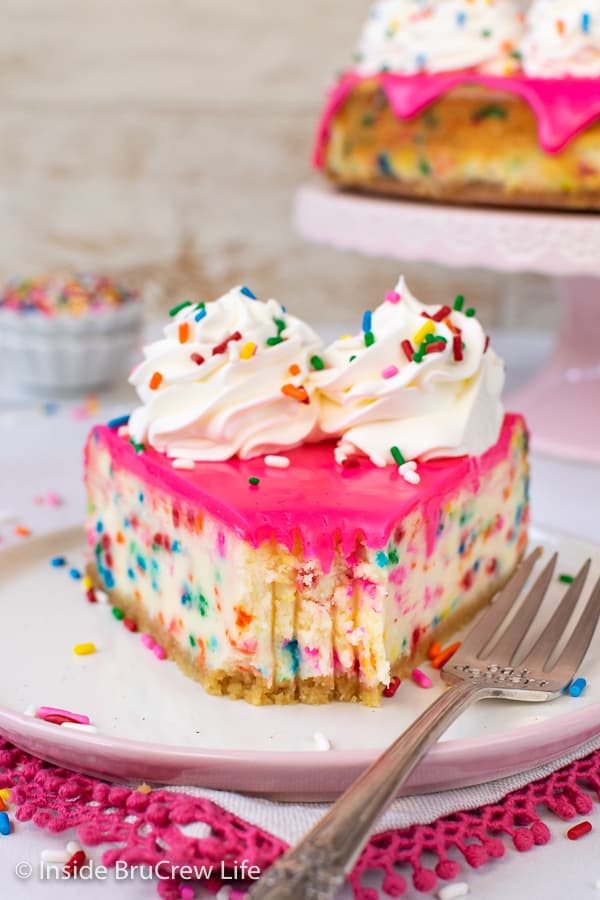 Funfetti cake is a white cake that has sprinkles baked into it, so I wanted this cheesecake to look just like that.

How to make a Funfetti Cheesecake: 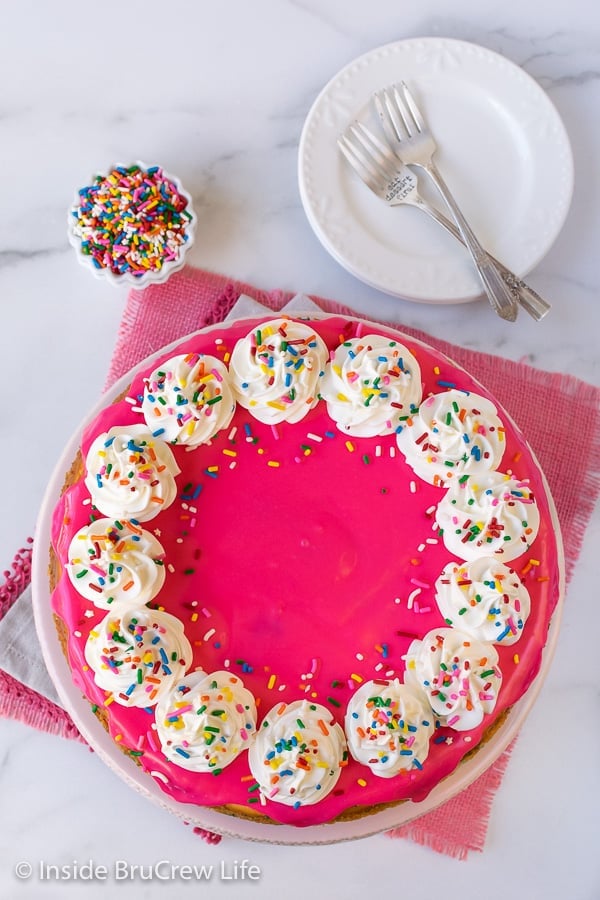 Why does cheesecake crack?

How to fix a cracked cheesecake: 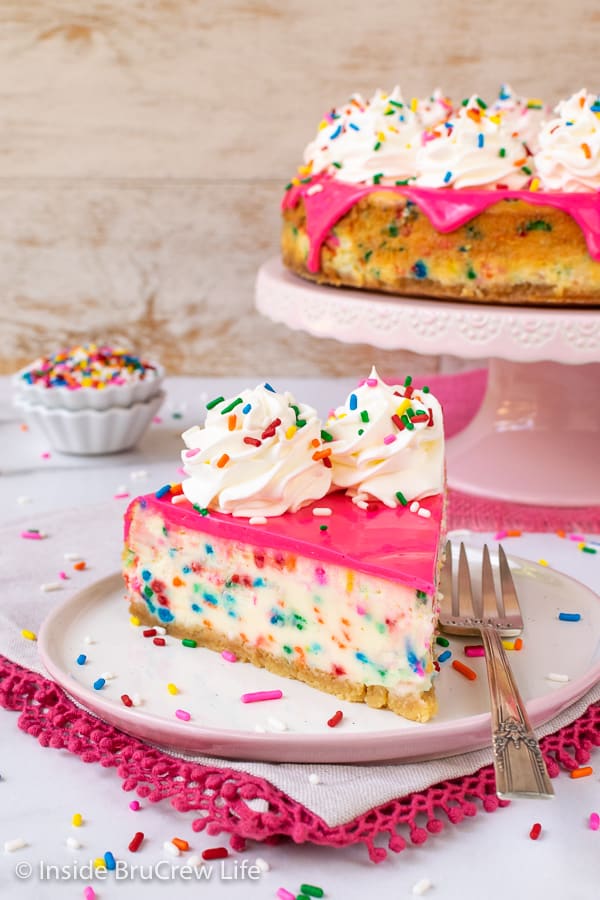 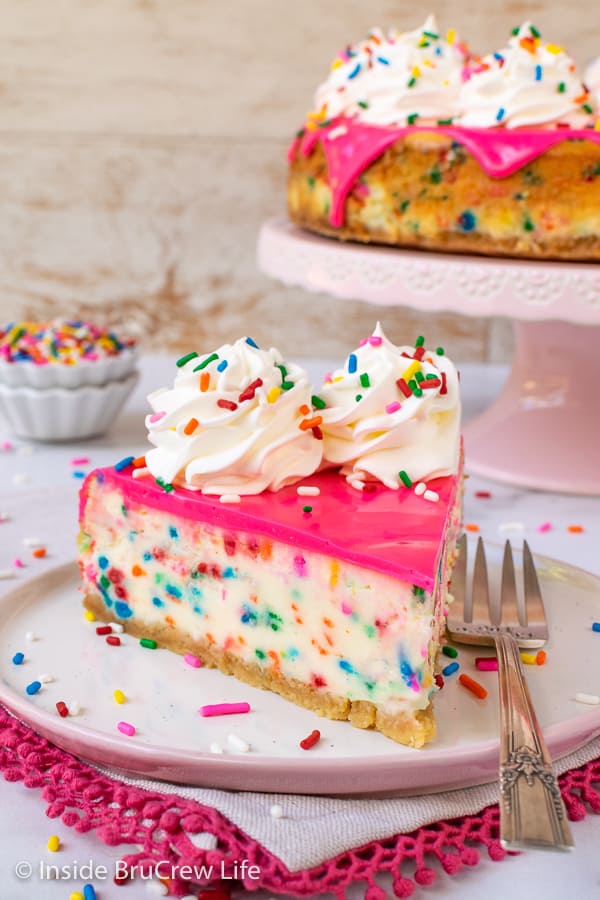 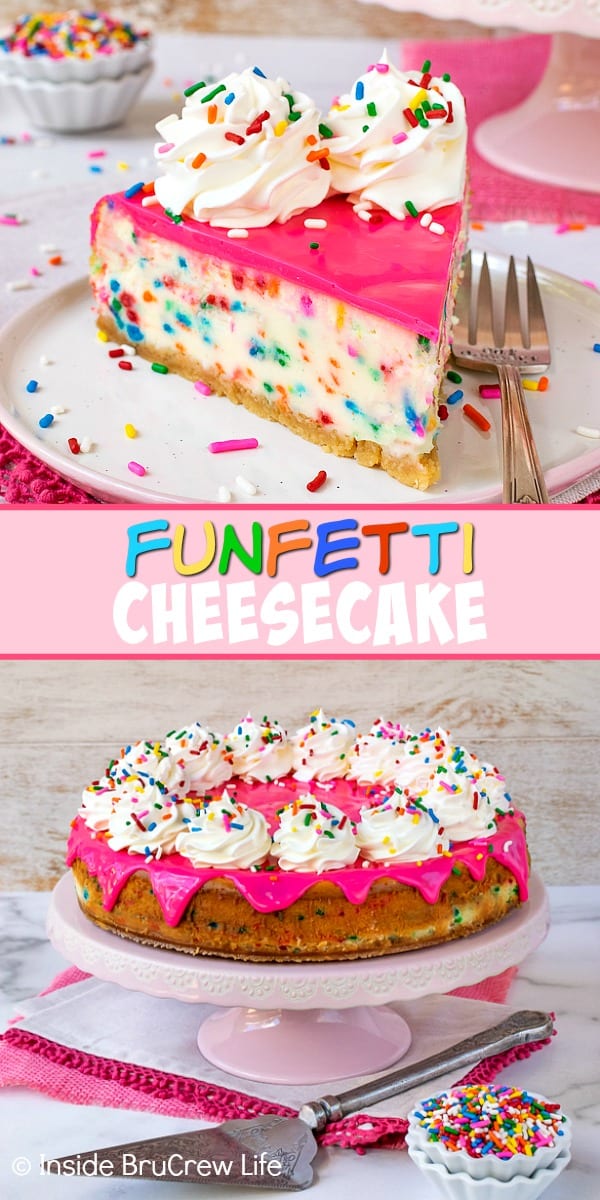