These easy no yeast Banana Cinnamon Rolls combine the classic banana bread flavor with everyone's favorite cinnamon roll. This combo is a match made in heaven. 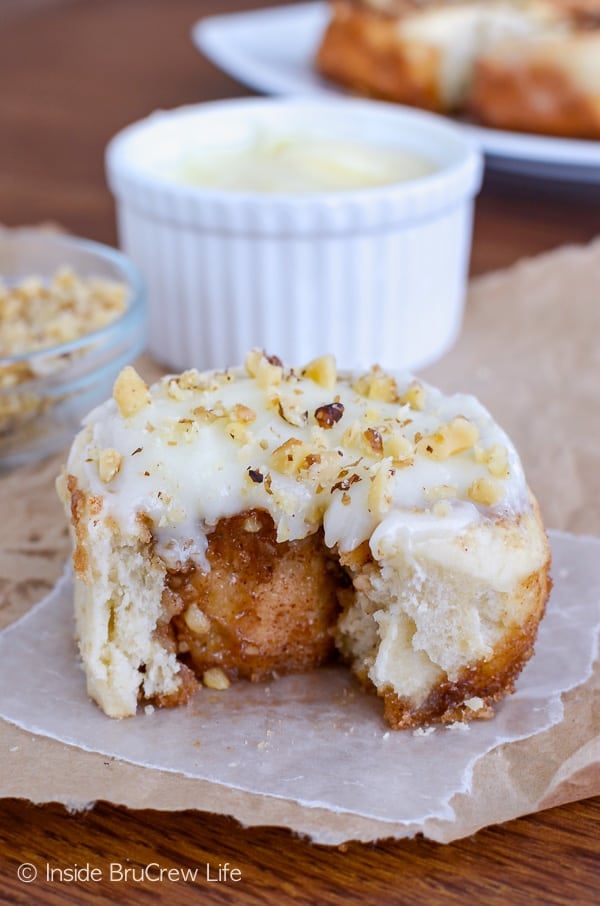 Do you have a bunch of ripe bananas on the counter and want something new and exciting to make with them? Bananas are such a versatile ingredient that can be used so many different ways. Muffins, donuts, breads, cakes, cupcakes!  You name it, I probably have added banana to it.

Normally when we have ripe bananas I make a loaf of this Banana Bread with sour cream. But I was craving cinnamon rolls, so I decided to mash up two recipes and create banana bread cinnamon rolls.

Oh, my goodness! Best idea of the week for sure.These no yeast banana cinnamon rolls were soft, gooey, and so delicious.

The best part about these rolls is that there is no rise time. And they can be made and eaten in less than an hour. They are one of my favorite ways to use up ripe bananas on the counter.

Still have leftover ripe bananas after making the banana rolls?  Freeze them and make Banana Ice Cream for dessert later. 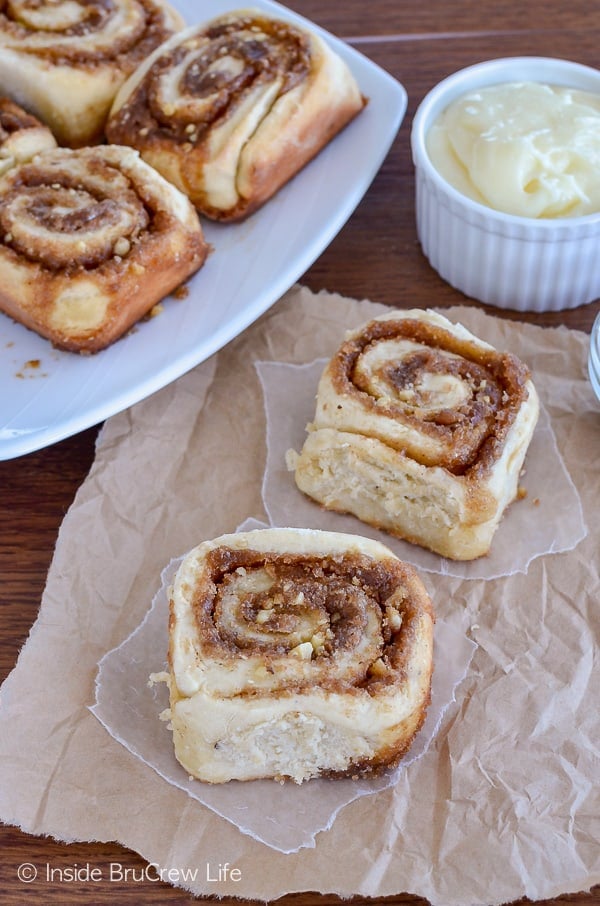 These banana sweet rolls use ingredients that you probably already have in your kitchen. The combo of banana and cinnamon gives these easy peasy cinnamon rolls a fun banana bread flavor.

For the Cinnamon Filling

For the No Yeast Dough 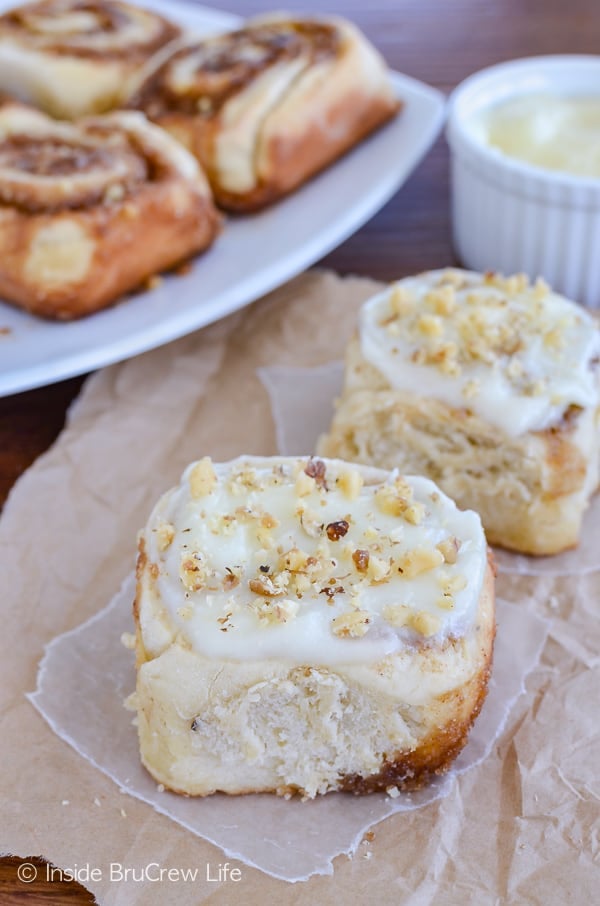 How to make Banana Cinnamon Rolls

The dough for these banana nut cinnamon rolls comes together so easily with just a bowl and a fork. Roll it out, fill with cinnamon sugar goodness, and bake. In under 1 hour you can be enjoying warm and gooey banana bread rolls for breakfast. 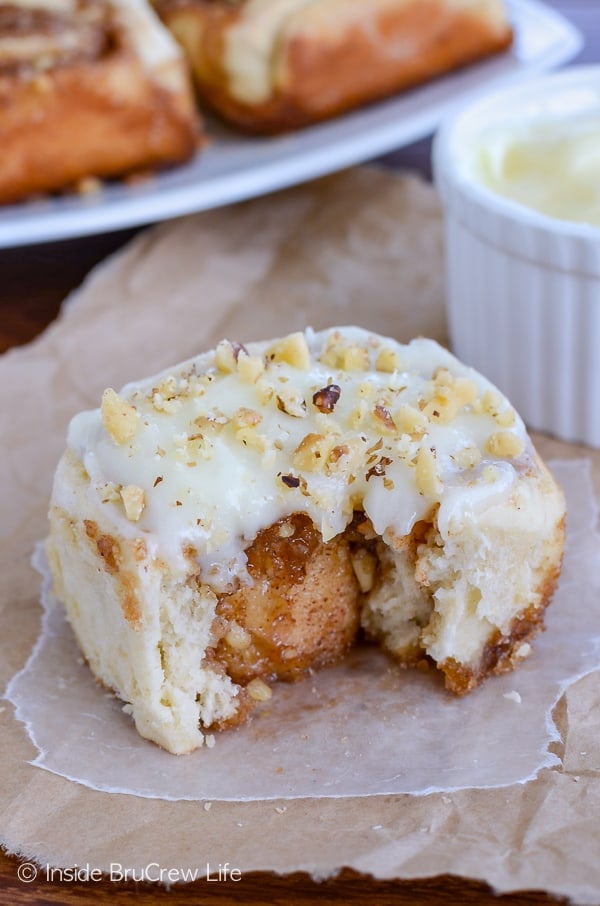 Why are my cinnamon rolls tough?

Kneading the dough too many times with too much flour will produce rolls that are tough and dry.

How do you cut cinnamon rolls easily?

Using unflavored dental floss is the easiest way to cut cinnamon rolls without smooshing the roll.  Slide a long piece of floss under the roll and wrap it around the roll. Pull tightly in opposite directions until it slices through the dough. It's that quick and easy to make uniform rolls.

A serrated knife is my other favorite way to cut cinnamon rolls. Gently cut back and forth on the dough using short motions until you get all the way through the dough. 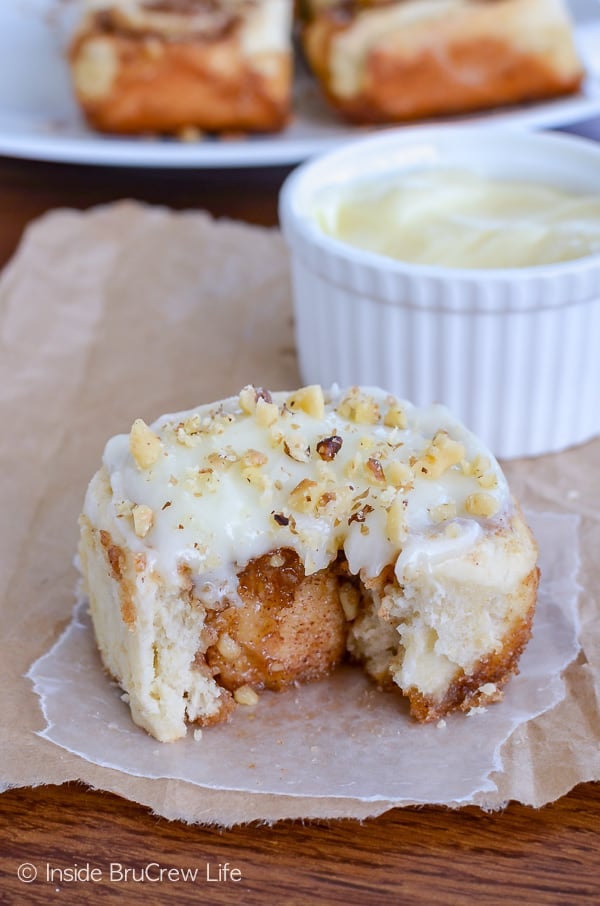 Please consider leaving a 5 star ⭐️ rating in the recipe card below and/or a review in the comments section further below.

For the Cinnamon Filling

For the Cream Cheese Frosting

*Leave the nuts out if you or a family member has a tree nut allergy. 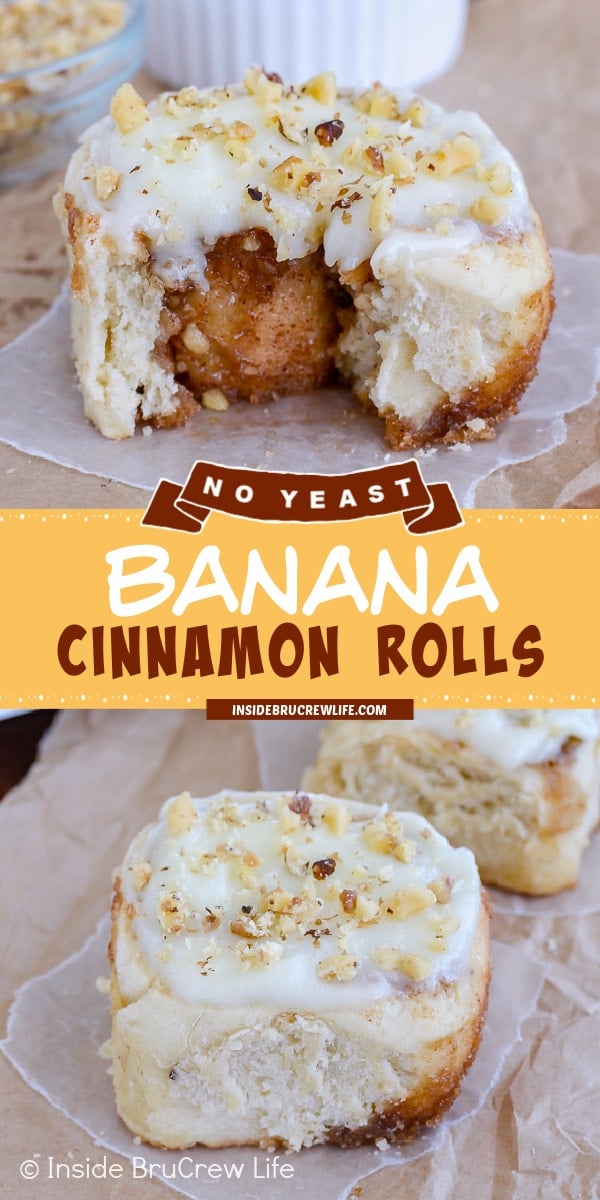 *The recipe for Banana Nut Cinnamon Rolls was originally published on February 23, 2014. The post and pictures were updated and republished on July 8, 2021.